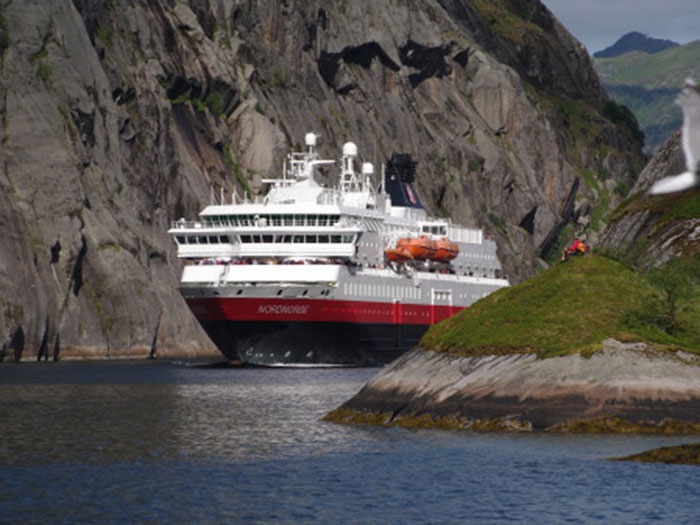 Hurtigruten is to fuel its ships with liquefied biogas (LBG), fossil-free, renewable fuel produced from dead fish and other organic waste

“What other see as a problem, we see as a resource and a solution,” says Hurtigruten CEO Daniel Skjeldam. “By introducing biogas as fuel for cruise ships, Hurtigruten will be the first cruise company to power ships with fossil-free fuel.”

Renewable biogas is a clean source of energy that is already used as fuel in small parts of the transportation sector, especially in buses. Northern Europe and Norway, with large fishery and forestry sectors that produce a steady volume of organic waste, have a unique opportunity to become world leader in biogas production.

By 2021, Hurtigruten plans to operate at least six of its ships on a combination of biogas, LNG and large battery packs.

“While competitors are running on cheap, polluting heavy fuel oil, our ships will literally be powered by nature,” says Skjeldam. “Biogas is the greenest fuel in shipping, and will be a huge advantage for the environment. We would love other cruise companies to follow.”

After celebrating its 125-year anniversary by being the first cruise line to ban single-use plastic, 2019 will mark two green milestones for Hurtigruten:

Introduction of the world’s first battery-hybrid powered cruise ship, MS Roald Amundsen, custom built for sustainable operations in some of the world’s most pristine waters such as Antarctica.

In addition to liquified natural gas (LNG), these ships will also be the first cruise ships in the world to run on liquified biogas (LBG).