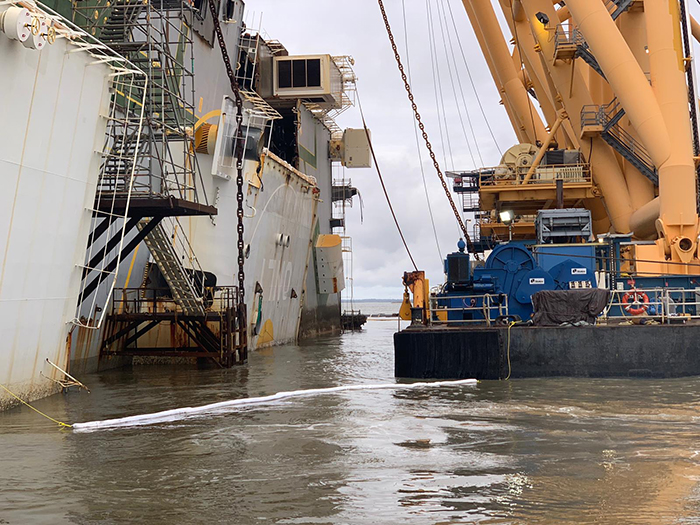 Following completion of the cut, the Barge 455-8 was set to move into position to receive the section on completion of lifting preparations. The barge will then transit to Mayor’s Point Terminal for further sea-fastening of the section prior to its transit to a recycling facility.

Pollution monitoring and mitigation continues on the water in the vicinity of the wreck site and along the shoreline.