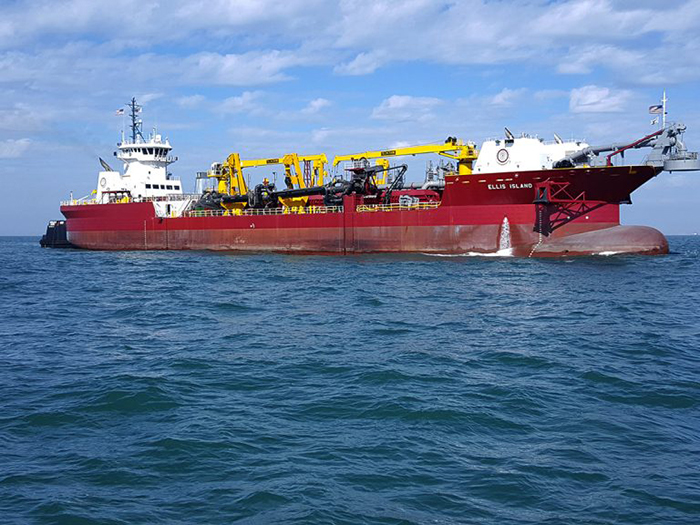 “The third quarter reflects solid project performance, resulting in strong increases in income from continuing operations and adjusted EBITDA from continuing operations when compared to the prior year,” said CEO and President Lasse Petterson. “Several planned dry dockings completed in the third quarter, which were offset with better than anticipated productivity on the Jacksonville Contract B deepening project in Florida and the Great Egg and Peck Beach renourishment work in New Jersey.”

At the end of the third quarter, says GLDD, the domestic bid market for 2020 reached $1.6 billion in projects bid. Great Lakes has been awarded $630.6 million in projects year to date, comprised of capital, maintenance, and coastal protection projects.

“We continue to be confident in the market for the remainder of the year and still anticipate it to be as strong as 2019, says the company. “Projects coming into the market pipeline in the fourth quarter include two marsh creation projects in Louisiana, Spanish Ridge and Lake Borgne, as well as the Boston Harbor Improvement Project. We have seen support for the dredging industry in the Coronavirus Aid, Relief and Economic Security Act, which includes a provision that lifts caps on the Harbor Maintenance Trust Fund, and the 2021 House Appropriations Bill, introduced in July 2020, showed an increase of $1.7 billion above the President’s budget request for the U.S. Army Corps of Engineers. The appropriations bill was not passed before the close of the U.S. federal government’s fiscal year. This is not unusual and as a result, the U.S. Army Corps of Engineers is working under temporary funding, called a Continuing Resolution to continue their work with minimal impacts to our marketplace. The Water Resource Development Act bill, which authorizes new projects and makes policy changes that will make natural infrastructure and beneficial use of dredged material more common, has progressed but is pending until after the election. The 2020 election campaigns on both sides have been positive on industry issues as both candidates have indicated support for the Jones Act as well as continued major investments in infrastructure including ports and dredging.”