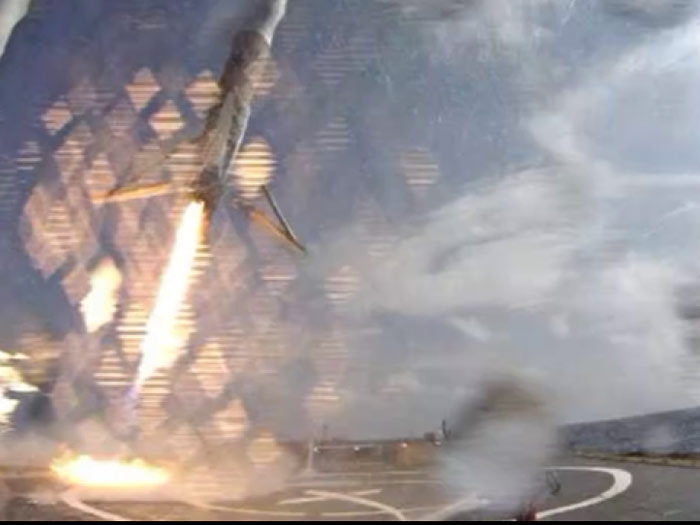 APRIL 15, 2015 — SpaceX has again not quite succeeded in its goal of soft landing the first stage of a Falcon 9 on its autonomous space port drone ship.

A Vine released by SpaceX shows the rocket stage making a near perfect vertical descent towards the converted barge (named Just Read the Instructions).  But it didn’t quite stick the landing.

“Rocket landed on droneship, but too hard for survival,” tweeted SpaceX founder Elon Musk, following this with, “Looks like Falcon landed fine, but excess lateral velocity caused it to tip over post landing.”