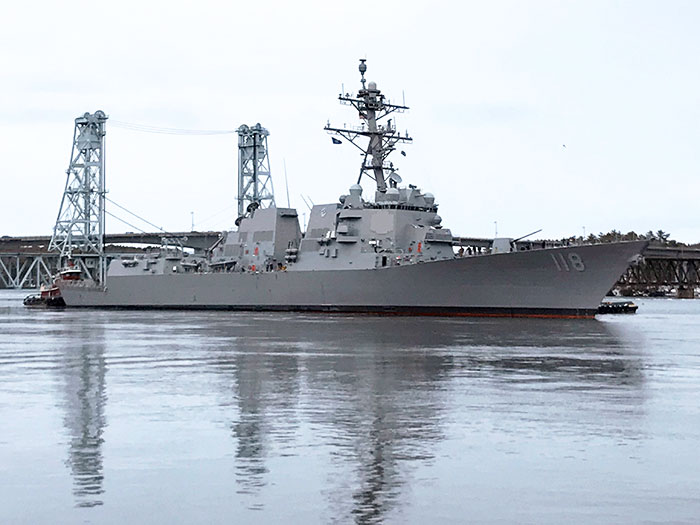 The U.S. Navy’s Board of Inspection and Survey (INSURV) inspected the ship during a series of demonstrations while pier side and underway. Many of the ship’s onboard systems, including navigation, damage control, mechanical and electrical systems, combat systems, communications, and propulsion applications, were tested to validate performance and met or exceeded Navy specifications.