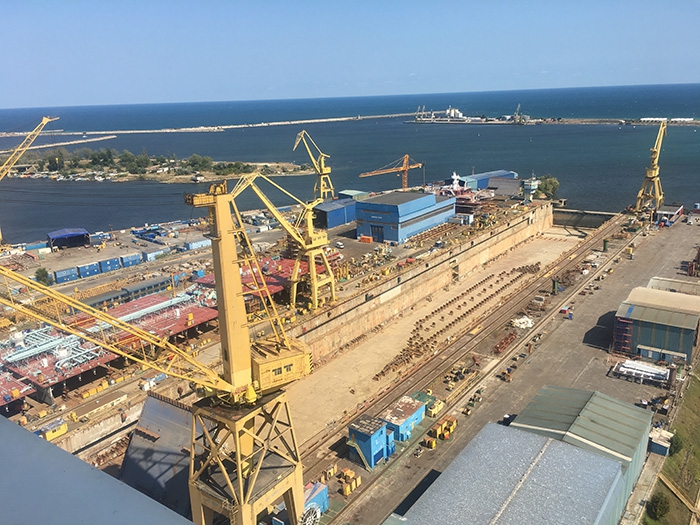 The Daewoo shipyard in Mangalia, Romania was established in 1997 as a joint venture between Daewoo and 2 Mai Mangalia Shipyard with Daewoo as majority shareholder.

The Mangalia shipyard is located on the Black Sea coast. The yard is spread over an area of 980,000 m2, has three dry docks with a total length of 982 m and 1.6 km of berthing space. The docks, with a width of between 48 and 60 m will provide Damen with capacity to cater for the largest maritime vessels and structures.

Damen already owns a shipyard in Romania, in Galati on the River Danube, that is currently the group’s largest shipyard.

Since joining Damen in 1999, this yard has developed into a highly efficient production yard with a significant output of many hundreds of vessels and structures. With acquisition of the Mangalia shipyard, Damen will have its two largest shipyards in close proximity to one another.

Damen says that the Romanian competition authorities have already approved the envisaged transaction and that meetings are being held with the Romanian Government in relation to future cooperation in Mangalia and the further development of the Romanian shipbuilding industry.