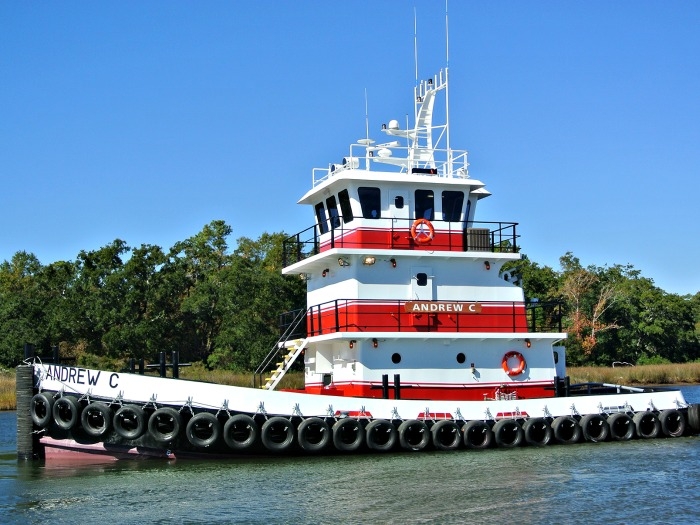 NOVEMBER 30, 2014—Cvitanovic Towing, Belle Chasse, LA, recently took delivery of its fourth Lugger-style tug. Built at the Rodriguez Shipyard in Bayou LaBatre, AL, the 65 ft by 26 ft Andrew C is slightly smaller than the operator’s 67.5 ft by 26 ft Pere C delivered in 2011 and George C built in 2012. Those larger tugs are powered by Cummins QSK19-M main engines. The smaller-sized Andrew C is fitted with a pair of Cummins 355 HP QSM11-M main engines for a total of 710 hp. The sturdy engines deliver their propulsion power to Kahlenberg 51 in x49 in four-blade propellers via ZF 325 marine gears with 2.95:1 ratios.

To service rigs in the extensive shallow delta area of the Mississippi River, the tug is designed with a 5.5 ft draft. At the same time it has capacities for 10,600 US gallons of fuel oil and 24,300 gallons of water. For cargo transfer, there is a Veeder Root discharge meter. A 400 square foot deck space allows for transport of smaller pieces of equipment.