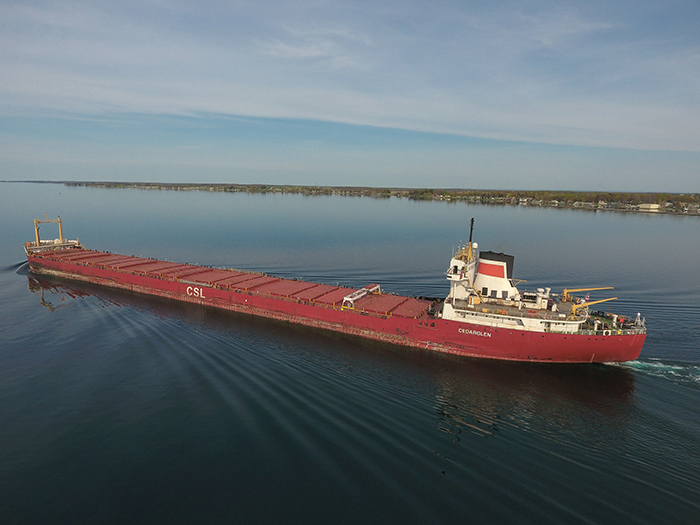 Canada’s CSL Group reports that the bulk carrier Eda, formerly known as Cedarglen, departed the Port of Montreal for the last time July 21, 2019, bound for an eco-friendly recycling yard in Turkey.

After a career spanning over 60 years – including the last 17 with the Canada Steamship Lines fleet – the ex-Cedarglen will be dismantled as part of CSL’s fleet optimization program.

“Despite her age, Cedarglen was an incredibly well-maintained ship with an impressive safety record,” said Louis Martel, President and CEO of The CSL Group. “It’s thanks to the great teamwork and dedication on board that she was able to operate as long as she did.”

Cedarglen was sold “as-is where-is” to a vessel broker who is towing the renamed vessel to a ship recycling yard in Aliaga, Turkey.

The vessel will be recycled in accordance with local legislation and international conventions, as well as with CSL’s Ship Recycling Policy, which mandates that disposal must be carried out in a manner that does not pose any risks to human health, safety or the environment.

Originally built as the deep-sea ore carrier Ems Ore in 1959, the vessel was lengthened at Davie shipyard in 1976 and renamed Cartierdoc. A complete new forebody was installed from the engine room forward and the pilothouse and mid-ship cabins were modernized and moved to the stern.

CSL purchased the ship in 2002, renaming her Cedarglen, and says she will fondly be remembered as a workhorse of the grain trades and a “grande dame” of the Great Lakes.