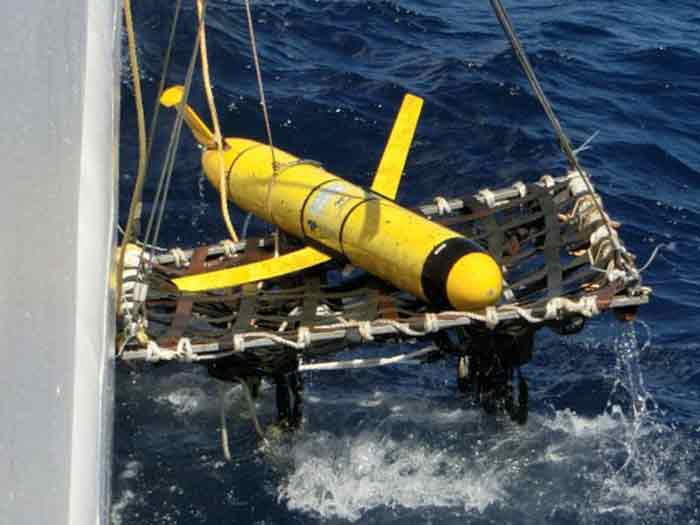 DECEMBER 20, 2016 —A statement posted on China’s Ministry of National Defense said Tuesday that China has “handed over the U.S. underwater drone it captured in its waters to the United States,” noting that “after friendly consultation, the handover was carried out smoothly Tuesday noon in related waters of the South China Sea.”

“The People’s Liberation Army-Navy vessel 510 returned a U.S. Navy Ocean Glider Unmanned Underwater Vehicle (UUV) Dec. 19 to the United States, near the location where it had been unlawfully seized on Dec. 15.

“USS Mustin (DDG 89) received the vehicle for the U.S. in international waters approximately 50 nautical miles northwest of Subic Bay. The seized UUV is a sovereign immune vessel of the U.S. Navy which was conducting routine operations in the international waters of the South China Sea in full compliance with international law. It had just completed a pre-programmed military oceanographic survey route and was returning to the nearby USNS Bowditch (T-AGS 62). Ocean Gliders such as this are used regularly by the U.S. Navy and other militaries throughout the world.

“This incident was inconsistent with both international law and standards of professionalism for conduct between navies at sea. The U.S. has addressed those facts with the Chinese through the appropriate diplomatic and military channels, and have called on Chinese authorities to comply with their obligations under international law and to refrain from further efforts to impede lawful U.S. activities. The U.S. will continue to investigate the events surrounding this incident and address any additional findings with the Chinese, as part of our ongoing diplomatic dialogues and the Military Maritime Consultative Agreement Mechanism.

“The U.S. remains committed to upholding the accepted principles and norms of international law and freedom of navigation and overflight and will continue to fly, sail, and operate in the South China Sea wherever international law allows, in the same way that we operate everywhere else around the world.”