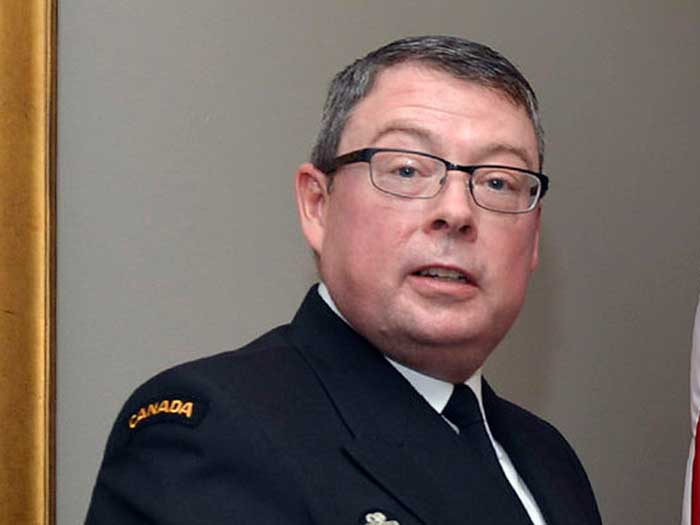 Officially, suspension of Vice-Admiral Mark Norman (above) is "temporary"

JANUARY 18, 2017 — Canada’s second-highest-ranked military commander Vice-Admiral Mark Norman has been relieved of his duties as vice-chief of the defense staff, reportedly in relation to allegations that classified information related to Canada’s multibillion-dollar shipbuilding program may have been leaked.

The RCMP is conducting the investigation, say media reports, as Norman had been responsible for the Canadian Forces National Investigation Service, creating a potential conflict of interest.

CBC News reports that sources say the allegation predates Norman’s appointment as vice-chief last summer and likely extends back to his time as commander of the navy.

“While in charge of the navy, Norman was intimately involved over several years in the development of requirements for the new warships,” says CBC News. “Those requirements are partly developed using intelligence and threat assessments of the capabilities of potential enemies, now and into the future.”

Before a request for proposals goes out to potential contractors, most of the military’s classified annexes are removed.

Defence sources say a leak of data would likely have involved portions of those classified addenda.

CBC News cites Ken Hansen, a retired navy planner and defense analyst, as saying it would be a serious breach if that kind of data made its way into the defense industry.

“A competitor that saw the classified data would have a really good insight into what the Canadian government and what the navy itself thinks is most needed in going forward for future warships,” he told CBC “If this breach took place, it is a very serious compromise of intelligence information that should not be shared with unqualified people, and it could be an international incident depending on what the source of that intelligence was.”