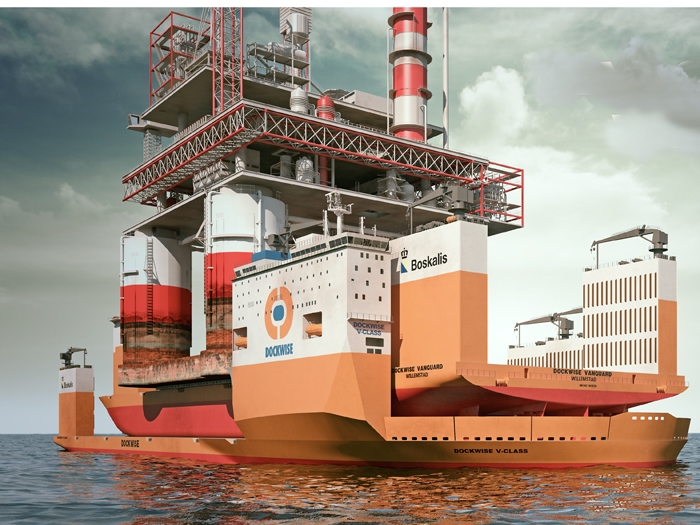 Dockwise Vanguard, which came into service early 2013 is already the world’s largest V-class HTV with a carrying capacity of 117,000 MT and a deck space of 270 meters by 70 meters.

Though Boskalis hasn’t given the dimensions of the new giant, a video shows it as being big enough to carry the Dockwise Vanguard.

“The Dockwise Vanguard has been well received in the market,” says Boskalis CEO    Peter Berdowski. “Our decision to start this study is a reflection of this and we see many more exciting opportunities in the FPSO and FLNG markets.”

The study addresses both the market opportunities and the technical requirements for the new vessel. Boskalis will engage with clients to understand how this vessel can accommodate the expected growth in the FPSO and FLNG markets in addition to the ocean-going transport of outsized heavy marine structures.

Compared to the Dockwise Vanguard, the new vessel will be larger in terms of length, breadth and carrying capacity. Like the Vanguard, it will also have a bowless design and asymmetric accommodation.