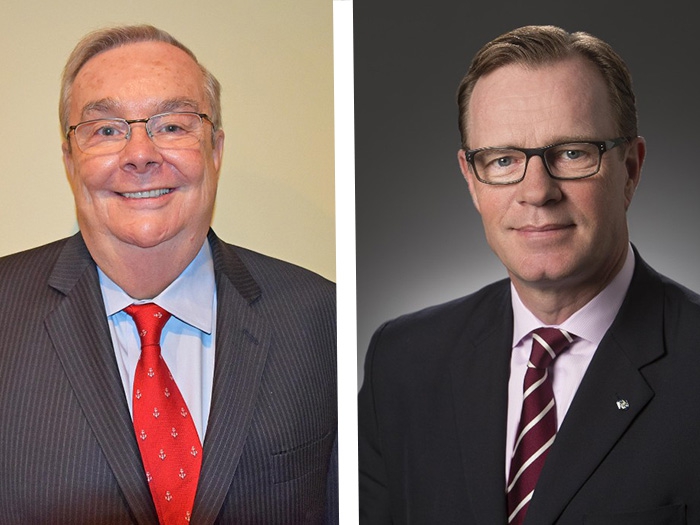 MARCH 1, 2018 — Bob Bandos has been appointed GAC’s Group Vice President – Americas, following the retirement of Lars Heisselberg who held the position since 2009.

In addition to his new role, Bandos maintains responsibilities as Managing Director of GAC North America – Shipping, a position he has held for 14 years.

During his 25 years with the GAC Group, Heisselberg held various positions including Group Vice President, Shipping Services and Group Marketing Director, Shipping Services. In his role as Group Vice President – Americas, he oversaw the establishment of GAC’s logistics services and the continued expansion of shipping services in the U.S. He was also at the helm for the integration of operations in Brazil and Trinidad & Tobago into GAC’s global ship’s agency network.

“After an exciting career in GAC, I would like to thank clients and colleagues for their friendship and support over the past 25 years,” says Heisselburg. “I am happy to leave GAC Americas in Bob’s very capable hands and wish him the best of success going forward.”

Bandos joined GAC in 2004 when it acquired Rice, Unruh, Reynolds Co, where he was President. Prior to that, he worked for BP Shipping as Global Chartering Manager.

He says: “GAC Americas made great progress under Lars’ leadership and I intend to continue developing North and South America in the industries we serve, while maintaining the high level of expertise and ethics GAC is known for worldwide.”