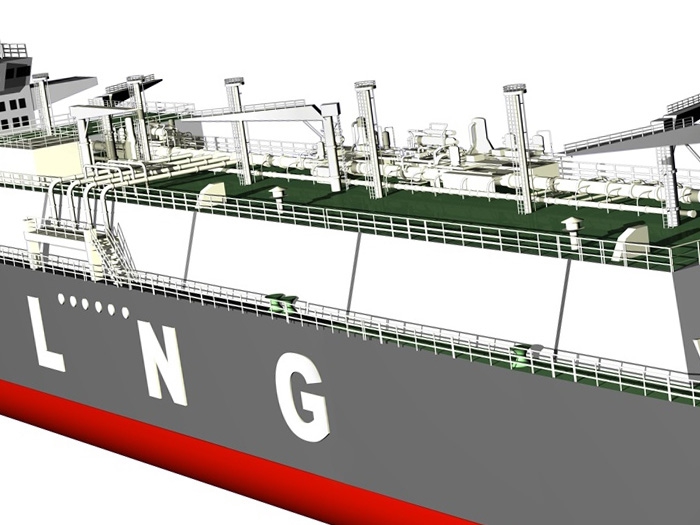 The bipartisan bill would require up to 30% of exports of of liquefied natural gas and crude oil  be transported on vessels documented under the laws of the United States,

It is co-sponsored by Rep. John Duncan (R-TN) and Rep. Duncan Hunter (R-CA), Ranking Member of the Subcommittee on the Coast Guard and Maritime Transportation.

“The state of the American maritime industry is in crisis-level decline,” said Garamendi. “After World War II, our oceangoing fleet of U.S.-flagged ships numbered 1,200. Today, it’s fewer than 80. This isn’t just an economic concern—it’s also a national security risk. We can’t rely on foreign-flagged vessels to provide the necessary movement of strategic materials in a time of war. Requiring even a minority of strategic energy asset exports to be carried on U.S.-flagged ships will compel us to rebuild the technical skill to man these vessels—and with that comes good, high-paying, maritime jobs.”

“We’re the most powerful nation in the world, but 99% of our trade travels on foreign-flagged ships,” continued Garamendi. “To develop the kinds of jobs that will keep the American economic engine moving, we need to right this ship and grow America’s maritime sector.”

This legislation has strong support from the domestic maritime industry:

“The legislation would revitalize the maritime industry by creating thousands of seafaring jobs,” said Marshall Ainley, President of the Marine Engineers Beneficial Association. Not only important to our economic security, a strong commercial fleet is crucial to our national security as it maintains a base of trained mariners who are prepared to serve the U.S. military. The MEBA appreciates Rep. Garamendi’s effort to apply “Make it in America” standards to the maritime industry.”

“The Navy League strongly supports Rep. John Garamendi’s bill in support of our U.S.-flag fleet,” said Navy League National Executive Director Cari Thomas. “A healthy U.S.-flag Merchant Marine and a strong shipbuilding industry are tied to our national security and economic prosperity. The Department of Defense depends on the Merchant Marine for over 95 percent of our national defense sealift needs in times of war or national emergency. Replacing this sealift capacity would cost the Department of Defense billions of dollars. This bill will help ensure we can depend on the U.S.-flag Merchant Marine for years to come. It supports American jobs, national security and our national interests.”

Brian Schoenman, Political and Legislative Director of the Seafarers International Union, said: “From a U.S. Merchant Marine perspective, this bill offers an excellent opportunity to create American jobs while strengthening U.S. national, economic and homeland security. Our military leaders as well as government officials have expressed concern about declines in U.S.-flag tonnage and the number of U.S. mariners. This is a chance to start reversing those losses, which will benefit the entire country.”

Masters, Mates and Pilots President, Captain Don Marcus, said: “The enactment of this legislation will both ensure that at least some of the jobs associated with the export of LNG will go to American maritime workers and help guarantee that we will have the civilian maritime manpower needed to support America’s national security requirements in time of war or other international emergency. This is truly an America-first proposal that we are proud to support.”

Transportation Institute released the following statement: “Transportation Institute, which represents U.S. flag ship owners and operators, fully supports this legislation because it will strengthen our merchant marine by creating jobs and ensuring that this dangerous cargo is carried aboard our U.S. -flag fleet by our skilled mariner workforce.”