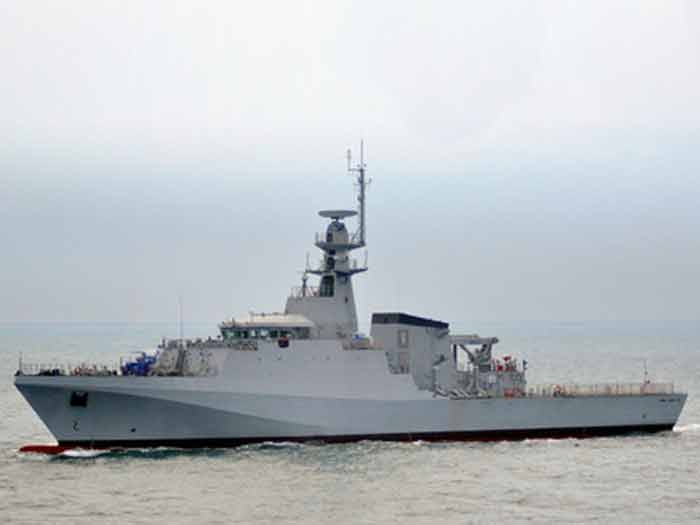 AUGUST 12, 2014 — BAE Systems reports that it has been been awarded a £348 million (about $584 million) contract by the U.K. Ministry of Defence to construct three new Offshore Patrol Vessels (OPVs) for the U.K. Royal Navy.

The new 90 m vessels will be built at BAE Systems’ shipyards in Glasgow and will provide additional capability for the Royal Navy. Based on a proven design, the ships will be used to support counter-terrorism, counter-piracy and anti-smuggling operations in the waters around the U.K. and will protect other U.K. interests abroad.

Mick Ord, Managing Director at BAE Systems Naval Ships, said: “This is a significant contract award which marks the beginning of a new and exciting chapter for the U.K. shipbuilding sector. We’re making major investments in our people, technology and facilities to create a world-class complex warship capability and the OPVs provide an opportunity to embed these new ways of working. This will ensure we remain competitive and are best placed to secure the Type 26 manufacturing contract, which together with the investments will sustain the long-term future of this highly skilled industry.”

Engineers at BAE Systems have adapted the proven OPV design already in-service with the Brazilian Navy and Royal Thai Navy, to ensure it meets the requirements of the Royal Navy. Today’s announcement builds on a contract for long lead items, such as gear boxes and engines, announced in March. Production will start in October, with the first of class expected to be delivered to the Royal Navy in 2017.

The ships will be larger and more efficient than the existing River Class OPVs, providing a step change in capability to the Royal Navy with more room for embarked personnel, the addition of a flight deck capable of landing Merlin helicopters and storage space. With a maximum speed of 24 knots and a range of 5,500 nautical miles, the ships will be globally deployable and capable of ocean patrol.

BAE Systems delivered three OPVs to the Brazilian Navy in 2012-2013. Providing maritime security to Brazil, the ships recently performed a key role safeguarding the 2014 World Cup by patrolling the coastline close to Rio de Janeiro. HTMS Krabi, in service with the Royal Thai Navy, is based on the same OPV design and was constructed under license in Thailand by Bangkok Dock.

With a referendum about to be held to determine whether Scotland should become independent of the U.K., the Ministry of Defence’s announcement of the award notes that “more than 800 Scottish jobs have been protected” by the contract. However, Defence Secretary Michael Fallon said “U.K. warships are only built in U.K. shipyards,” presumably meaning that if Scotland leaves the U.K., BAE will be building them some place other than Glasgow.