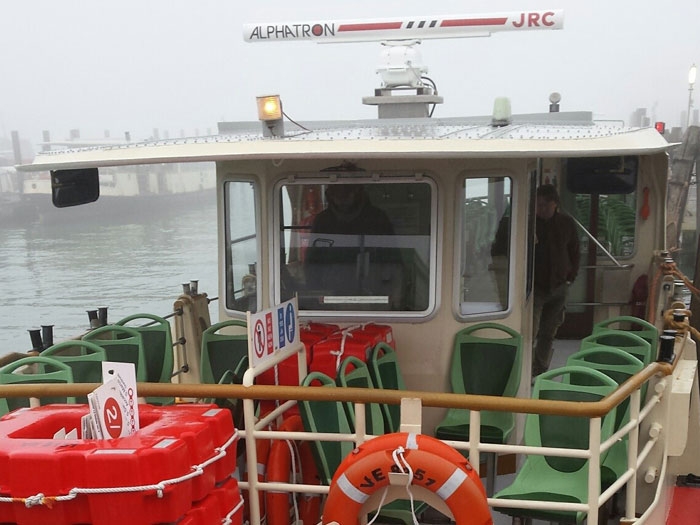 FEBRUARY 18, 2016 — Transportation on Venice’s famed canals is not solely via gondola. It’s also by water bus and Rotterdam, Netherlands, based Alphatron Marine and its Italian distributor SIRM have signed an agreement for the delivery of 40 river radars to the Azienda del Consorzio Trasporti Veneziano (ACTV), the public company responsible for public transportation in Venice.

Alphatron’s model JMA-610 river radar required special modifications to meet the challenges posed by the many low bridges over Venice’s canals. When the radar is put in standby mode by the captain, the scanner unit on top of the wheelhouse has to stop rotating at a precise fixed position allowing it to be lowered into a slot on the wheelhouse top, allowing for safe passage under the bridges.

The concept was developed by Alpha in-house with a custom built mechanical foundation and the appropriate electronics and software.
Alphatron and SIRM successfully installed the first specially adapted unit at the end of last year on a water bus, with the owner being fully satisfied. The 40 river radars will now be delivered within a period of two years with installation being carried out by SIRM.

The JMA-610 river radar is a cost-effective, user friendly, high quality unit developed in cooperation with JRC and plays an integral role in the inland version of Alphatron’s AlphaBridge. Available as a black box solution featuring a multi speed scanner, it offers a superior radar picture, integrated AIS functionalities and a unique Photoshot recording function.