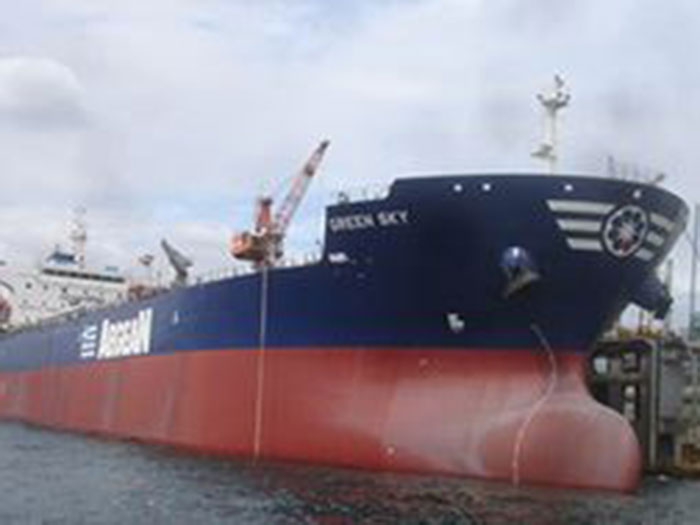 JULY 15, 2016 —A federal grand jury in Charleston, South Carolina, returned an indictment today charging Aegean Shipping Management S.A. and Aegeansun Gamma Inc. [both of which are units of the Piraeus, Greece, headquartered Aegean Group] with obstruction of an agency proceeding, conspiracy and failing to keep accurate pollution control records.

The Justice Department says the charges stem from the 2015 falsification of records and obstruction designed to cover up overboard discharges of oily mixtures and machinery space bilge water from the Liberian-flagged chemical tanker, Green Sky.

The vessel’s management company, Aegean Shipping Management of Liberia and the vessel’s owner, Aegeansun Gamma of the Republic of the Marshall Islands, are charged with failing to maintain an accurate oil record book as required by the Act to Prevent Pollution from Ships (APPS), a U.S. law which implements the MARPOL convention.

The companies were also charged with falsification of records, obstruction and conspiracy.

The individuals, Panagiotis Koutoukakis and Herbert Julian, both former Chief Engineers of the Green Sky and Nikolaos Bounovas, the former Second Engineer onboard the vessel, were charged with aiding and abetting the failure to maintain an accurate oil record book, falsification of federal records and conspiracy.

The investigation into illegal activity onboard the vessel began in late August 2015 when the vessel arrived in the Port of North Charleston, South Carolina and members of the engine room staff told the U.S. Coast Guard that they had been ordered to bypass the ship’s oil water separator on multiple occasions.

In a related case, on Feb. 18, the former captain of the Green Sky, Genaro Anciano, pleaded guilty to one count of obstruction for knowingly making false and misleading oral and written statements in an effort to impede the Coast Guard’s investigation of the bypass allegations (see earlier story).

The defendants are scheduled to be arraigned in Charleston on July 26.

The case was investigated by agents of the Coast Guard Investigative Service.

The case is being prosecuted by Christopher Hale of the Justice Department’s Environmental Crimes Section and Assistant U.S. Attorney Matt Austin of the U.S. Attorney’s Office for the District of South Carolina.