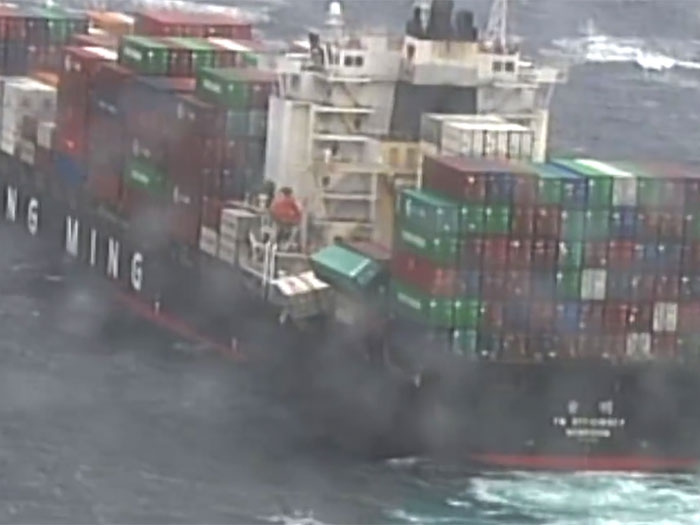 On June 1, 2018, the 269 m long container ship, YM Efficiency, was off the coast of New South Wales destined for Port Botany.

Shortly after midnight, while sailing through rough weather, the vessel rolled and pitched heavily, resulting in substantial movement of the cargo containers, reports the Australian Transport Safety Bureau (ATSB). Of the 2,252 containers on board, 83 were lost overboard and an additional 30 containers moved or were damaged. There was no reported damage to the vessel.

Following the incident, the New South Wales Department of Roads and Maritime issued a Navigation Warning to all vessel operators between Port Jackson, Sydney and Port Macquarie, cautioning them to “navigate with extreme caution as containers may not be visible on the surface of the water.”

The ATSB is now investigating the incident and says it will obtain information and recordings from the ship, company and pilots, and will interview directly involved parties as appropriate. It says that, should a critical safety issue be identified during the course of the investigation, relevant parties will be immediately notified so that appropriate safety action can be taken.