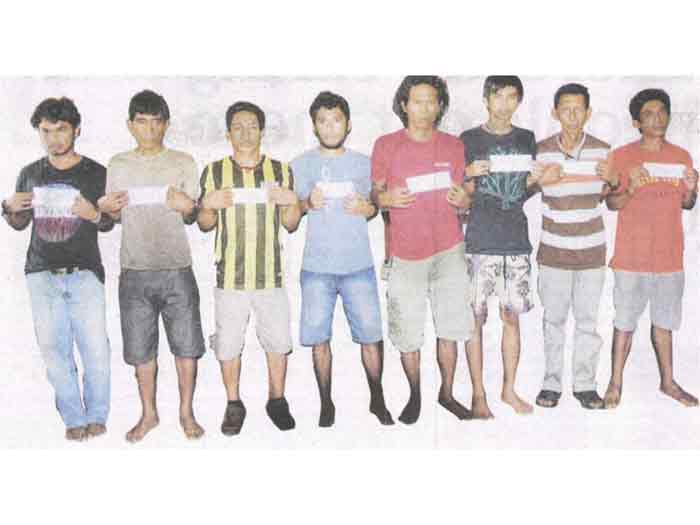 NOVEMBER 29, 2016 — A Malaysian court has handed down tough sentences to eight Indonesians convicted in the hijacking of an oil tanker in June 2015. Six were sentenced to 15 years imprisonment and five strokes of the cane, while the other two were given 18-year sentences.

The Malaysian tanker Orkim Harmony was hijacked by pirates armed with pistols and parangs in the South China Sea on June 11, 2015. It was loaded with 6,000 t of petrol worth around S$5.6 million).

Subsequently, the crew was freed and the tanker recovered on June 19, following a multinational response effort, near the southwest of Phú Quốc in Vietnam. It had been repainted from blue to black and the named altered to Kim Harmon.

Before authorities could regain control of the tanker, all the pirates managed to escape in one of its lifeboats.

Some hours later, the Vietnam Border Defence Force picked up eight suspects in a lifeboat that contained wads of cash. They claimed to have come from a fishing boat that sank, but were later identified as pirates by the Orkim Harmony crew from photographs and also made confessions to Vietnamese authorities.

On September 12, 2016, the Vietnamese high court approved a Malaysian request for extradition, while turning down a similar request from the Indonesian government.

On November 27, 2016, the suspects arrived in Malaysia from Hanoi and the court imposed sentences the next day, following guilty pleas by all eight.