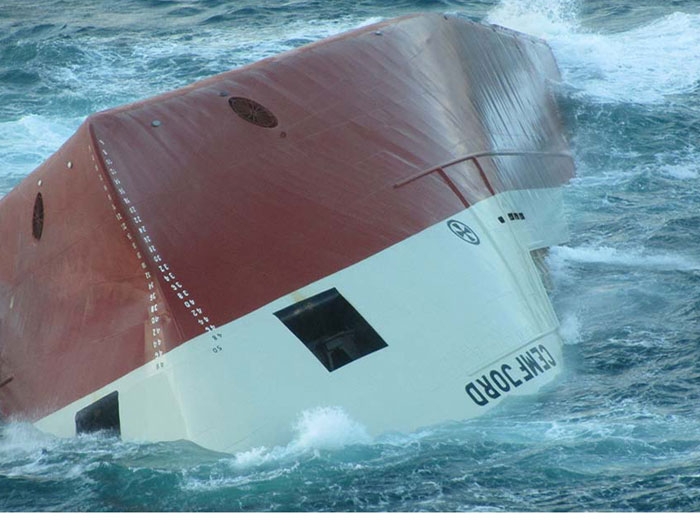 APRIL 21, 2016 — The U.K. Marine Accident Investigation Branch (MAIB) recently issued a report on its investigation of the January 2015 capsize and sinking of the Cyprus-flagged cement carrier Cemfjord in the Pentland Firth, Scotland. The incident resulted in the loss of eight lives.

In his statement to the media, Steve Clinch, the Chief Inspector of Marine Accidents, said:

“The MAIB investigation found that Cemfjord capsized in extraordinarily violent sea conditions; a fatal hazard that was predictable and could have been avoided. The decision to enter the Pentland Firth, rather than seek shelter, was almost certainly a result of poor passage planning, an underestimation of the severity of the conditions and perceived or actual commercial pressure to press ahead with the voyage.

“Critically, this decision will also have been underpinned by an unwillingness to alter course across the heavy seas after the experience of a cement cargo shift in similar circumstances about three months before the accident.

“The appalling conditions and rapid nature of the capsize denied the crew an opportunity to issue a distress message or to escape from their ship.

“Although not a causal factor of the accident, it was also established that Cemfjord was only at sea because of Flag State approved exemptions from safety regulations.

“This tragic accident is a stark reminder of the hazards faced by mariners at sea and the factors that can influence decision making in such treacherous circumstances.”

Read the annexes to the report HERE