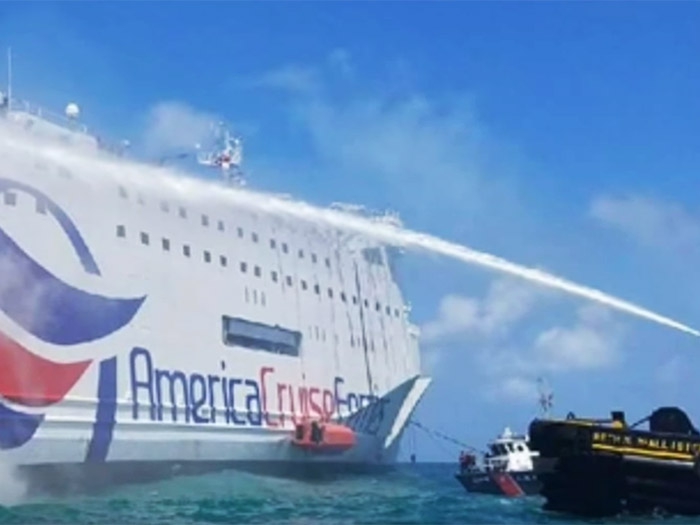 AUGUST 19, 2016 — As response efforts continued, the Coast Guard said yesterday that the fire remained active aboard the 561-foot passenger ferry vessel Caribbean Fantasy approximately half a mile off of Punta Salinas, Puerto Rico.

While all 511 people aboard the vessel, including crew, have been rescued, along with five pets, the Coast Guard said that two pets might still be aboard and that an attempt to locate and rescue them would be made when safe for rescue teams to enter the vessel.

The fire reportedly began in the engine room of the ship and spread to other compartments on board.

Ardent Global is developing a vessel salvage plan for review by the Coast Guard.

The Coast Guard has established a 1,000-yard safety zone around the vessel. There are no reports of sheening or pollution.

The vessel is being closely monitored and booming has been deployed at the intakes for the Palo Seco Power Plant as a precautionary measure against potential discharge from the vessel. Another 14,000-feet of booming has been pre-staged near Punta Salinas.