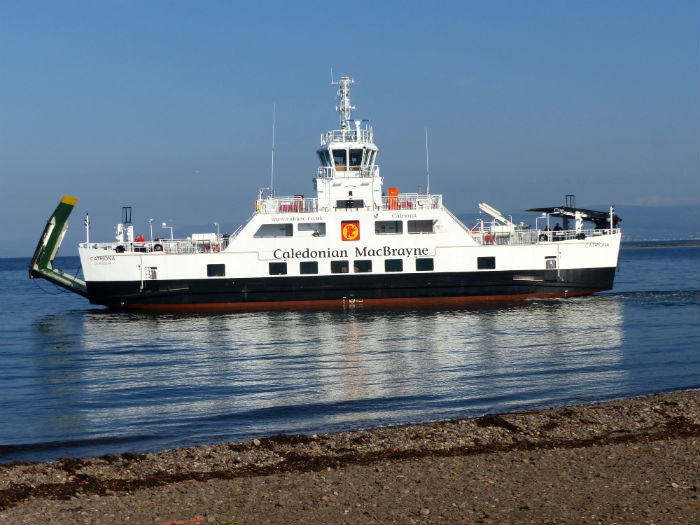 AUGUST 23, 2018 — Currently 98% of sea-going vessels are diesel powered, but ship owners and operators are taking an increasing interest in new technologies that will allow them to cut their fuel bills and reduce the environmental impact of their operations. One of the most attractive of these technologies is electric hybrid propulsion, as Scott Blackwell of Danfoss Drives explains.

While traditional diesel propulsion, where a diesel engine directly drives the vessel’s propellers, has served the shipping industry well for decades, this method of propulsion has inherent shortcomings that, in today’s highly competitive and environmentally conscious world, are becoming harder and harder for ship owners to live with.

The biggest problem is that diesel engines operate efficiently only over a narrow range of speeds. Outside this speed range, fuel economy is poor and exhaust emissions increase. With direct-drive propulsion, the speed of the diesel engine must at all times match the speed of the vessel. This means that when, for example, the vessel is moving slowly – as is invariably the case in harbors and ports – the engine is constrained to run inefficiently.

One solution that has delivered valuable benefits is diesel-electric propulsion. With this form of propulsion, the vessel’s diesel engine or engines are used to drive a generator to produce electricity. This electricity is used to power electric motors, and it is these motors that drive the propellers. There is another vital element in the system, however, and that’s an AC drive that sits between the generators and the propulsion motors.

This AC drive allows the speed of the propulsion motors to be controlled all the way from zero up to their maximum rated operating speed, without any need for change in the running speed of the diesel engines driving the generators. As a result, the diesel engines can always run at a speed where they operate efficiently, and their emissions are minimized.

A diesel-electric system like this one clearly has a lot to offer compared with conventional diesel-only propulsion, but it is possible to take a further step with hybridization and gain even greater benefits. The additional step is to add energy storage to the system in the form of batteries. In principle at least, the inclusion of batteries in a diesel-hybrid system is straightforward.

This is because the AC drive used to control the propulsion motors has three key elements. The first of these converts the AC power from the generator to DC, and the second – the DC link – provides a small amount of energy storage, usually in the form of a capacitor. This is provided principally to help handle peaks in demand from the third stage, the inverter, which converts the DC power back to AC at the frequency needed to drive the motor at the required speed.

In essence, all that’s needed to add large-scale energy storage to this arrangement is to replace the capacitor in the DC link by batteries of suitable capacity. The system then works in this way: when the ship’s generators are running, they provide a supply not only to the propulsion motors but also to the batteries, charging them. When the generators are not running, the inverter stage of the AC drive can draw power from the batteries to operate the electric propulsion motors.

This arrangement has the immediate benefit that, particularly when the vessel is maneuvering at low speed, which is typically the case when it is in a harbor, the diesel engines don’t need to run at all. Propulsion power can be provided solely from the batteries. Not only does this save fuel, it also means that there are no environmentally damaging emissions and that noise levels are low, which is a significant benefit for vessels close to the shore.

And, as a further benefit, provision can be made, at comparatively little extra cost, for charging the batteries from a shore supply when the vessel is in port. As well as being cost-effective, especially when off-peak tariffs are available, this is an attractively “green” arrangement, as on-shore power from the utility grid is increasingly derived from wind energy and other renewable resources.

The concepts involved in electric hybrid propulsion with battery storage are easy to understand, but successfully implementing such a system requires a high level of expertise. Among many other things, it is necessary to make provision for battery management and for handling the very high short-circuit currents that the batteries can deliver under fault conditions.

Many practical systems also include a grid converter. This essentially delivers power to the ship’s grid at constant frequency even if the input frequency from the generators changes, as it will if the speed of the diesel engines fluctuates. In ocean-going vessels, the grid converter has the added benefit of allowing the ship’s systems to draw power from the shore supply irrespective of whether the port happens to be in a part of the world with 50 Hz supplies or 60 Hz supplies.

There are relatively few suppliers of AC drives and grid converters with the requisite knowhow to support successful marine propulsion implementations, but a company with extensive and proven experience in this field is Danfoss Drives.

Danfoss has a wide portfolio of marine projects of varying complexity, but one that illustrates and confirms many of the points discussed in this article relates to a new fleet of three electric hybrid ferries that have recently been built for Caledonian Marine Assets Limited (CMAL). This company is the asset owner for vessels operated by CalMac Ferries Limited, the company that provides almost all of the ferry services to Scotland’s offshore islands.

To develop innovative ferries with high-efficiency hybrid diesel-electric-battery propulsion, CMAL worked with Ferguson Shipbuilders of Port Glasgow, ship design specialists Seatec and electrical specialists Tec-Source. The initial contract covered the design, construction and fitting out of two ferries – the MV Hallaig, destined for use on the Sconser-Raasay route, and the MV Lochinvar, for the Tarbert to Portavadie route. The vessels each accommodate 150 passengers and 23 cars or two HGVs, and have a service speed of nine knots.

The propulsion system for the ferries incorporates three diesel-driven 368 kVA three-phase generator sets operating at 400 V, 50 Hz. These feed the vessel’s main switchboard, which also has provision for connection of a shore supply when the vessel is in port. The switchboard provides power for two VACON NXP-series liquid-cooled AC drives from Danfoss. Each of the drives controls one of the vessels’ two propulsion motors, which are rated 375 kW and have an operating speed range of 0 to 615 rpm. The motors drive Voith Schneider Propellers that combine propulsion and steering in one unit.

To make provision for pollution-free operation of the propulsion motors from batteries, each of the VACON NXP AC drives has a 350 kWh lithium-ion battery bank connected to its DC link. This arrangement is particularly convenient and cost-effective, as, with NXP-series drives, no additional electronics or control circuitry is needed for the batteries.

The performance of the MV Hallaig and MV Lochinvar, which both entered service at the end of 2013, is impressive. Against a target of 20% reduction in fuel usage and emissions, the vessels are actually achieving reductions in fuel consumption of up to 33%. It is anticipated that this will lead to a decrease in CO2 emissions in excess of 5,500 tonnes over the lifetime of each of the vessels, with a proportionately similar decrease in sulfur and nitrogen oxide emissions.

Other benefits are that the new drive systems include a high level of redundancy, which allows the vessels to continue to operate even if one of their two drive systems fails. They can also operate even if no diesel fuel is available; the MV Hallaig regularly provides the Sunday service between Raasay and Sconser running on battery power alone, which means that the level of emissions on these trips is zero.

So satisfied was CMAL with the performance of its first two electric hybrid ferries that it has subsequently ordered a third, the MV Catriona. Once again, this makes use of Danfoss technology. It was delivered to CMAL in September 2016 and, at the time of writing, is undergoing sea trials prior to entering regular service.

Electric hybrid propulsion for marine vessels has the potential to deliver big benefits both in terms of cost savings and in minimizing the environmental impact of shipping operations. The example cited amply confirms that these benefits are real and readily achievable, but it should not be taken as indicating that electric hybrid propulsion is suitable only for small vessels operating over short routes.

On the contrary, the benefits of the technology scale with vessel size, so it has even more to offer for large vessels that ply the seaways of the world. Whatever the size of the vessel, however, and irrespective of the complexity of the application, a supplier with proven expertise and experience in the marine sector is essential if successful results are to be achieved on time and on budget. Danfoss Drives is just such a supplier.