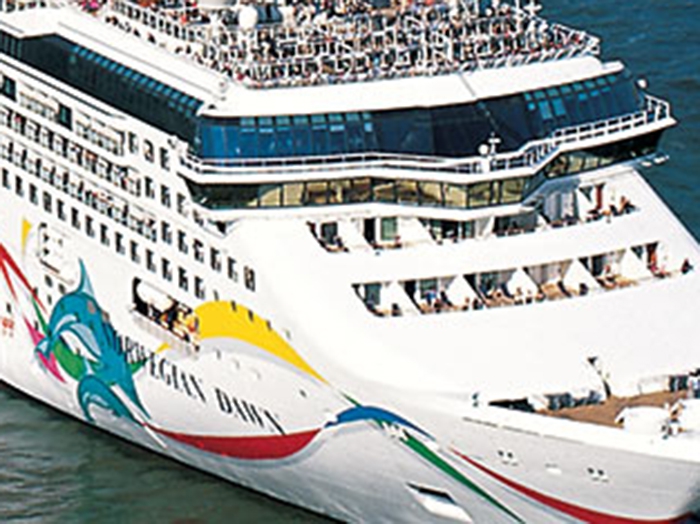 After an initial project involving the surveying, installation feasibility study, design drawings and documentation for class approvals on Norwegian Dawn, Foreship was invited to provide the same service for the Norwegian cruise ships Pearl, Sky, Jade and Spirit.

The IMO Ballast Water Management Convention enters into force on September 8, 2017 and requires all ships affected to have a treatment system on board to neutralize invasive species discharged in ballast water in time for their “first IOPP renewal survey”. Most ships will therefore need a BWTS between 2017 and 2021.

“Environmental responsibility is a core value for NCL, and we welcomed the clarity brought by entry into force of the BWM Convention,” said Giovanni Canu, VP Technical Operations, Norwegian Cruise Line. “Work to install compliant BWMT on Norwegian Dawn began within a month of ratification. Foreship quickly showed their value in ensuring the project proceeded smoothly to class requirements, leading us to extend to five ships. We need to manage BMTS installations effectively fleet-wide; there will be high demand once shipping moves decisively on compliance.”

The full scope of the Foreship contract includes mechanical and electrical design work to DNV-GL requirements, taking in diagrams for BWTS foundation support structures, piping routing, machinery arrangements, cabling diagrams and systems integration. Foreship is also contributing on-site installation support, where required, with the bulk of work to take place while ships are in service.

“We are an independent consultancy and recommend shipboard systems in the configurations which are most beneficial for each ship,” says Kim Palén, Operations Manager, Foreship. “In the case of NCL, Alfa Laval’s PureBallast 3.1 BWMS had already been selected, with switchboards and automation cabinets also common across the ships, so we have taken a unified approach.

“Nevertheless, our technical background reports have shown that flexibility is required to take account of variations between different vessels: even sister ships can become more like cousins after different service and refurbishment histories.”

Ballast water pump sizes have varied on different ships, for example, while cabling and piping routing and penetration locations have not been uniform. Mr. Palén added that decisions on where to locate parts of the system – above or below deck, for example – depended on space availability.

“We are involved in this project from start to finish, from the drawing stage to providing all of the mechanical and electrical suppliers involved with technical assistance as requested,” he said.

Foreship is managing the NCL project via its Miami office, close to the owner’s technical team.