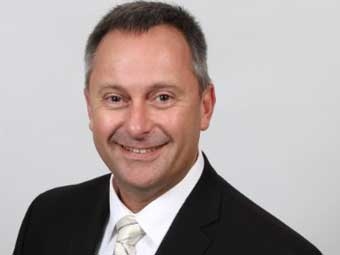 “Unfortunately,” says the association, “there is little flexibility in the VGP to accommodate this delay, leaving ship owners with an impossible requirement. This untenable situation could lead to significant impacts for Canadian shipowners if left unresolved. Given the dependence of American and Canadian industry on the marine transportation sector, finding a short-term solution to facilitate commerce is imperative.”

The Canadian Shipowners Association (CSA) says it has been working on multiple fronts to find relief from this situation of inflexibility.

“While the regulation of ballast water discharges is a global challenge, we need an immediate and flexible solution that recognizes the unique situation for vessels that trade on the Great Lakes and St. Lawrence Seaway system,” said Robert Lewis-Manning, President of the Canadian Shipowners Association.

A report issued by the Canadian Shipowners Association in October said that shipowners could not comply with VGP regulations because the U.S. Coast Guard, which is responsible for type-approving the technology, had not approved a ballast water treatment technology that works in the cold and fresh waters of the Great Lakes and St. Lawrence Waterway. That it may no longer be the case. Last month, Wärtsilä reported that its Wärtsilä Aquarius UV BWMS had gained Coast Guard AMS acceptance and that, based on an evaluation of the Aquarius UV test data by the USCG, AMS acceptance had been granted for use over the full range of water salinities, i.e. fresh, brackish and sea water. Wärtsilä said that as one of only two AMS accepted systems without salinity restrictions, the Aquarius UV solution permits ships fitted with the system to operate in the Great Lakes region.

The Canadian Shipowners Association says that protection of the marine environment is a priority for its member companies who are investing in new ships, modernizing existing ships, and employing the highest environmental practices in the industry. CSA members are participating in Green Marine, the Great Lakes Ballast Water Collaborative, and efforts to evaluate promising technology at the Great Ships Initiative. Since 2006 and the implementation of a bi-national (Canada – U.S.) requirement for mid-ocean ballast water exchange, no new organisms have been detected in the Great Lakes from beyond Canadian territorial waters.