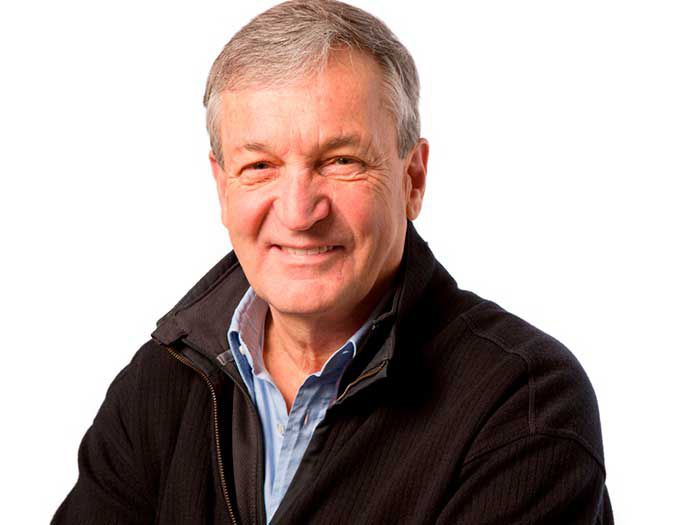 Boud Van Rompay, chairman of Subsea Industries: "Like most people in the industry, we had thought the days of toxic tin in hull coatings was long gone. It is very worrying to hear this may not be so."

APRIL 19, 2017 — Remember TBT? Perhaps the most effective antifouling toxin ever, organotin tributyltin (TBT) was banned by an IMO convention that came into effect in 2008. Or was it? There are claims that some manufacturers of silicone-based foul-release systems and other hull coatings have found a loophole in the convention.

The convention, in fact, allows the use of organotin in coatings as a catalyst. But some academics say that the amount of organotin used is so high that it could be acting as the active agent.

Dr Rik Bruer, a former researcher at Netherlands research institute TNO and now managing director of Finsulate, a manufacturer of a non-toxic antifouling wrap, said: “I have seen for myself that something strange happened with the formulation of these foul release coatings. Until 2002 I worked at TNO and at that time the chemistry of the silicone foul release coatings seemed to be in order. There was some organotin in there, but this is known to be a catalyst for curing these coatings.

“About a year ago, I studied the Materials Safety Data Sheets of recent versions of these foul release coatings and it turns out that the amount of ‘catalyst’ added is more than ten times higher compared to 2005. For me there is no debate that there is a purpose beside the catalyst activity and that the risk of spreading tin compounds again to kill marine life is imminent.”

Under the convention, organotins may still be used as a catalyst if organotin content does not exceed the allowable limit of 250 mg/1 kg of paint. Dibutyltin and dioctyltin are the organotins under most scrutiny.

Professor Daniel Rittschof, a specialist in barnacles and other arthropods at Duke University, says, “Part of the problem is that at very low concentrations, less than 1/1000th of the amount in coatings, organotins cause molluscs to change sex and/or become behaviorally castrated, with male following male pheromones and female following female pheromones.”

While some manufacturers’ Safety Data Sheets have detailed the use of organotins in their paint systems, Rittschof said: “The effects of dibutyltin and probably dioctyltin are similar to TBT. Organotins at very low levels alter enzymes that process steroids, which is why molluscs change sex.”

Manufacturers of non-toxic hull coatings are unhappy with the situation.

Boud Van Rompay, chairman of Subsea Industries, the manufacturer of the Ecospeed hull coating system, says: “Only a proper and independent investigation will determine whether some paints exceed the permitted levels. But like most people in the industry, we had thought the days of toxic tin in hull coatings was long gone. It is very worrying to hear this may not be so.”

Acknowledging that, as a manufacturer of non-toxic hull coatings, he does not purport to be unbiased, Van Rompay questions whether silicone-based hull coatings are relying on the presence of organotins as an active ingredient to prevent fouling, rather than a catalyst to deliver “non-stick” properties to the coating.

“Independent research on the tin content of some foul release coatings appears to have identified levels allegedly exceeding the limits set by the IMO’s Marine Environmental Protection Committee (MEPC),” he says. “This tends to support earlier research indicating that this type of paint appeared to be having a toxic effect on aquatic fauna in a way that led to the ban on tributyltin (TBT) in 2008.”

Van Rompay is calling for independent laboratories to assess the biofouling on suspect hulls, underwater or in drydock, to measure the levels of toxicity.

“We need to have clear evidence on how these silicone-based coatings are affecting marine organisms, which are vital to the marine eco system,” he says.

Citing a 2013 study that noted dibutyltin “showed toxicity toward fish and shrimp” even when used as a catalyst, Van Rompay says: “There are studies available in the public domain that should have already raised alarm bells.”