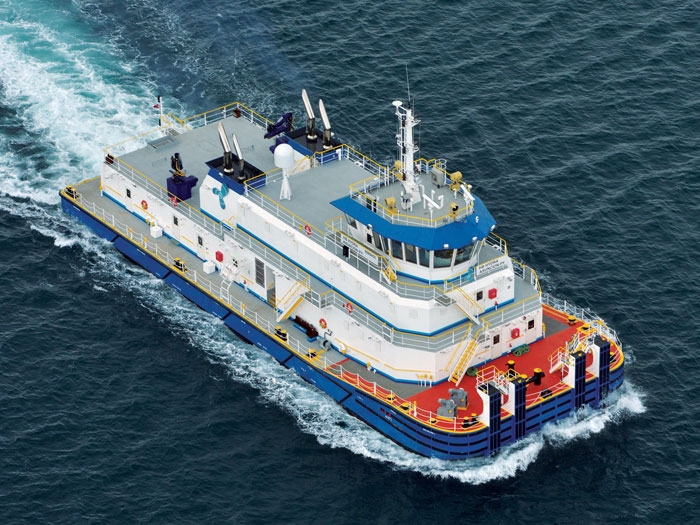 The push boats will operate on the Parana River, South America under a long term iron ore barge transportation contract with Vale. Their design has been customized to meet Hidrovia do Brasil’s operational requirements for range, crash stopping distance, speed, maneuverability and ability to burn HFO.

Designed by Robert Allan and optimized in the Vienna Model Basin, the boats each have three Z-drives and will push 16-barge flotillas of about 48,000 dwt each on an extremely circuitous 2,500 km Parana River route.

The diesel electric propulsion system is supplied by Wärtsilä and ABB, integrated by ELKON (a subsidy of IMTECH). This arrangement provides a bollard of 69 tons ahead and 63 tons astern and a free running speed of 13.2 knots.

Thanks to UZMAR’s advanced engineering and building process the design lightweight target has been achieved with a 97% accuracy.