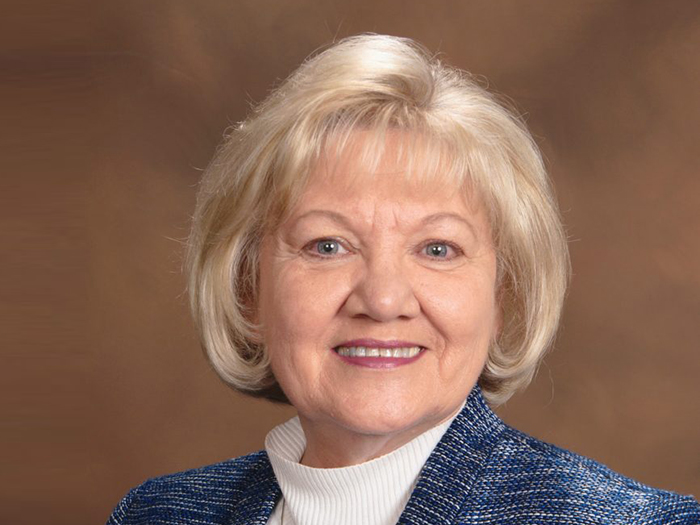 The Arkansas Waterways Commission has appointed Phyllis Harden to succeed as Marty Shell as Chairman.

Harden is primarily responsible for Legislative and Special Projects for Pine Bluff Sand and Gravel Company where began her career in 1981.

Harden was instrumental in the initiation of Pine Bluff’s most successful Safety Program, which dramatically reduced injury and illness to the company’s personnel.

Frequently in Washington, D.C. lobbying for Corps of Engineers waterway projects and funding, Harden is on the Board of Directors of the Mississippi Valley AGC, and is a Past President of the group, which is the largest geographical Branch of the Associated General Contractors of America and represents contractors on the river system from the Canadian border to the Gulf of Mexico.

Harden was the first female of member of the Arkansas Waterways Commission and is its first female AWC chairman.

The Arkansas Waterways Commission is the sole state agency responsible for developing, promoting and protecting waterborne transportation in Arkansas. The Commission also promotes economic development for ports on the five commercially navigable rivers of the state: the Arkansas, Mississippi, Ouachita, Red and White Rivers.