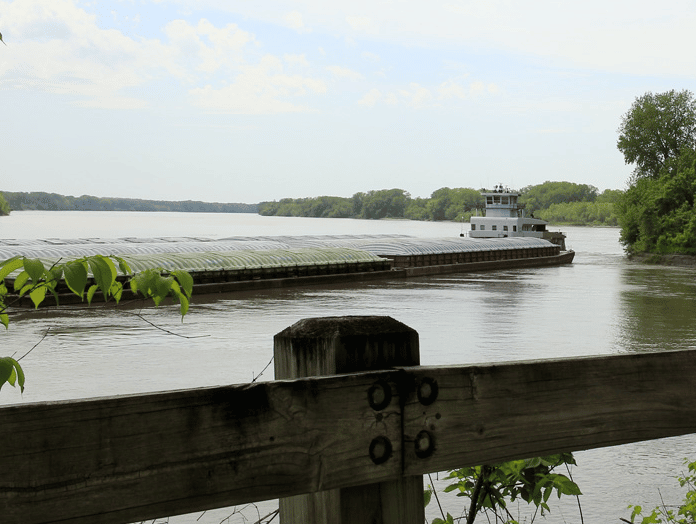 The St. Charles County Port Authority has secured $3.5 million in funding to improve the river terminal in the City of St. Charles and at Klondike Park near Augusta.

This, just a year and a half after formal organization of the port authority’s Board of Commissioners. No one could be more pleased than County Councilman Mike Elam, District 3. Elam worked for three years to convince fellow council members to pass an ordinance to create the port authority.

“After I learned that by not having a port authority, we were leaving money on the table, I started lobbying and educating other council members about why having a port authority is a good thing,” he says. “I’m excited that some of our infrastructure tax dollars are coming back to St. Charles County, and my thanks to the port authority board for working so hard and so quickly to make this happen.”

Elam says the state puts money aside for projects that can be used only by a port authority. There are 17 port authorities in Missouri, including St. Charles County’s, and those other counties were receiving it. Now, St. Charles County is in the mix. County Executive Steve Ehlmann, who appointed the Board of Commissioners, says, “The board and staff did great work getting this grant, and their research and diligence is greatly appreciated. I’d be remiss, however, if I didn’t publicly thank Councilman Elam for his persistence in pushing for the formation of a St. Charles County Port Authority. We are seeing now how a port authority can really work for the county.”

The projects, which were approved by the Port Authority Board of Commissioners at the June 9 meeting, include $2.5 million to extend water, sewer, electric to the proposed river terminal at Klondike Park near Augusta, including the installation of a debris deflector to protect the dock infrastructure, and dredging, and $1 million to rehabilitate the river terminal near the Lewis and Clark Boat House and Museum in the City of St. Charles.

These facilities will enhance river commerce and provide infrastructure needed to facilitate the development of additional river-based businesses. “The credit goes to the staff for working hard to get this funding,” says St. Charles County Port Authority Board of Commissioners Chair Roger Ellis. “We are thrilled to be able to help finance the construction of infrastructure needed to support public access to the Missouri River.”

The grant awards were recommended by the Missouri Port Authority Association and now are subject to approval by the Missouri Highways and Transportation Commission at its August 3, 2022, meeting.

“St. Charles County has more water frontage than any other county in Missouri—104 miles,” says Elam. “Enhancing that aspect of our county is a positive thing for our parks, for tourism, for businesses and economic development as a whole.”