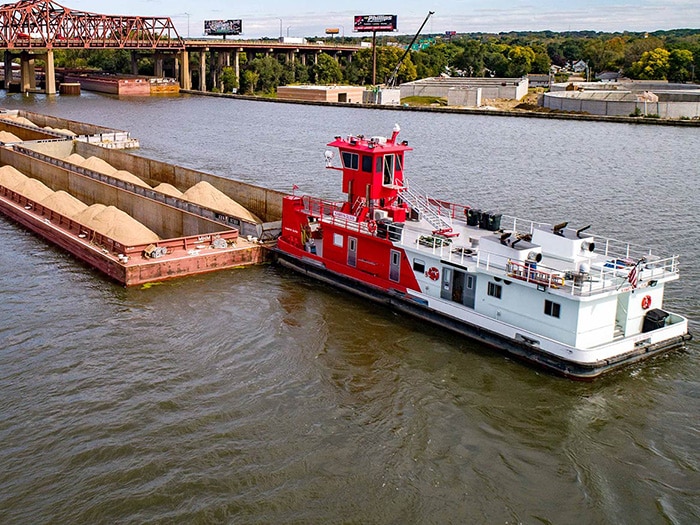 Mokena, Ill., based Middle River Marine LLC (MRM) reports that it has acquired the assets of Kindra Lake Towing LP, of Chicago. The agreement will expand MRM’s bulk material logistic operations with the addition of five vessels, marine equipment, and a harbor slip in South Chicago.

The deal will see Middle River expand its affreightment, towing, fleeting and terminal services to customers on the Illinois Waterways, including Lake Michigan.

Middle River says that it is excited to increase its workforce and add more experience to its team. It adds that the acquisition marks another step forward in its ability to serve the construction materials, agricultural products, and industrial commodities sectors in Illinois, Northwest Indiana, and the Great Lakes.

“Our people make the difference and we’re happy to welcome new coworkers to expand the MRM team,” said Aaron Halcomb, President of Middle River Marine. “For our customers, this further extends our ability to economically, efficiently, and sustainably meet their logistics needs.”

Kindra, through its two companies, began in South Chicago in 1983 cleaning and repairing barges. Beginning in 1992, Kindra began moving barges between South Chicago and Burns Harbor, Gary, Buffington, and Indiana Harbor in Northwest Indiana as well as Lemont, Illinois. It has provided Coast Guard approved fleeting areas for tank barges as well as marine equipment and services for special projects.

John Kindra, President of Kindra Lake Towing said, “Since starting Kindra Lake Towing in 1992 with three tugboats, it has been fun, challenging, rewarding and a pleasure growing our companies. We have grown internally through the development and promotion of our employees. Our continued success has been due to the loyalty of our customers.”