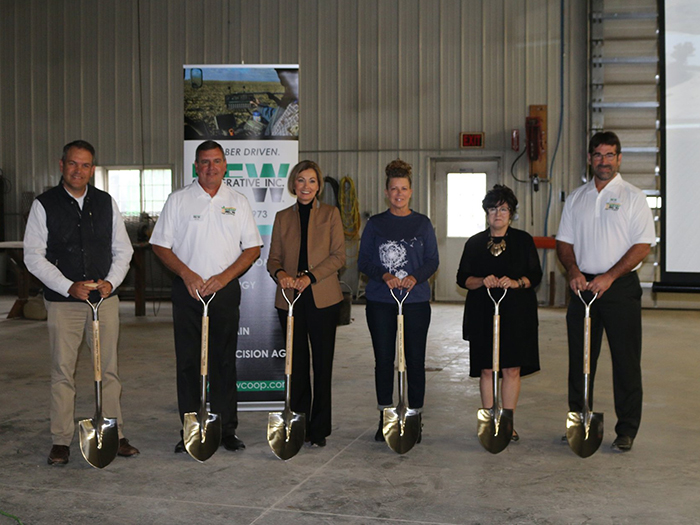 NEW Cooperative Inc. posted this image on its Facebook page

NEW Cooperative, a farmer-owned grain, agronomy, energy, and feed cooperative serving the western and northwest region of Iowa, has held a ground breaking ceremony for construction of a new port on the Missouri River. No shovels got dirtied at the event. Because of weather, the ceremony had to be staged indoors. Still, that hasn’t delayed construction and the port is expected to be operational in late fall of 2020. It will be located 2.5 miles west of the Blencoe exit 105 on Interstate 29.

The cooperative says the port project builds on its strength and geographic coverage, giving it the ability to create another new market for its members.

“This 38-acre site will be accessible by a hard service road from Interstate 29, making this facility the largest and most northern port on the Missouri,” it says.

When completed, the port will have the capacity to load and unload up to six barges at a time.

“The port will give us direct access to the export market and provide a fourth outlet for our customer’s grain,” says NEW Coop. “In addition, fertilizers, aggregates, and other commodities will be shipped into the site to be stored and marketed through wholesale partners as well as to NEW’s customer base, further expanding our fertilizer storage capacities in our western region. With the increase in rail rates over the last several years, having this option to bring fertilizer into NEW, and export grain out, will make the Port of Blencoe a valuable asset for years to come.