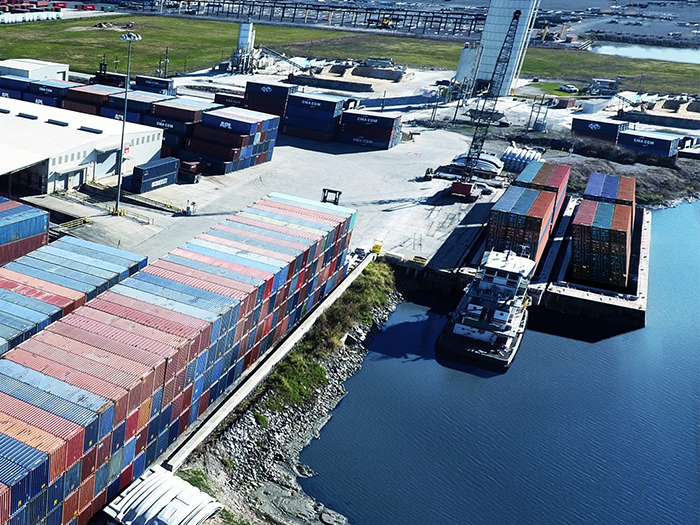 “Through this initiative, diesel carbon emissions from AMH’s container service and the St. Louis, Memphis, and Port Allen terminals will be offset to achieve carbon neutrality, a benefit AMH is proud to extend to its direct and indirect customers,” said Rich Teubner, vice president of AMH.

SCF says that since AMH’s inception in 2016, its service has safely reduced roadway congestion by displacing approximately 100,000 truck moves. This equates to an estimated savings of roughly 4 million gallons of diesel fuel and more than 40,000 metric tons of CO2.

“Container-on-barge has been a safe and environmentally friendly transportation solution and AMH’s move to carbon neutrality continues to support the value of this service to the region,” said Jay Hardman, executive director of the Port of Baton Rouge.

“AMH has been a great partner of the Port of New Orleans in providing reliable container on barge service to our mutual customers,” said Brandy Christian, president and chief executive officer of the Port of New Orleans. She continued, “Their investments have created a marine highway option for shippers and ocean carriers to reduce the movement of containers on inland routes and we applaud their commitment to greening the supply chain.”

“Our goal to enhance SCF’s environmental performance extends beyond carbon offsets as we continue to evaluate carbon reducing technologies,” said Tim Power, president of SCF. This includes the potential conversion of the SCF Container Express and SCF Marine Highway to dual-fuel LNG and diesel. These two inland towboats will operate in a liner service supporting AMH’s container routes with scheduled service.