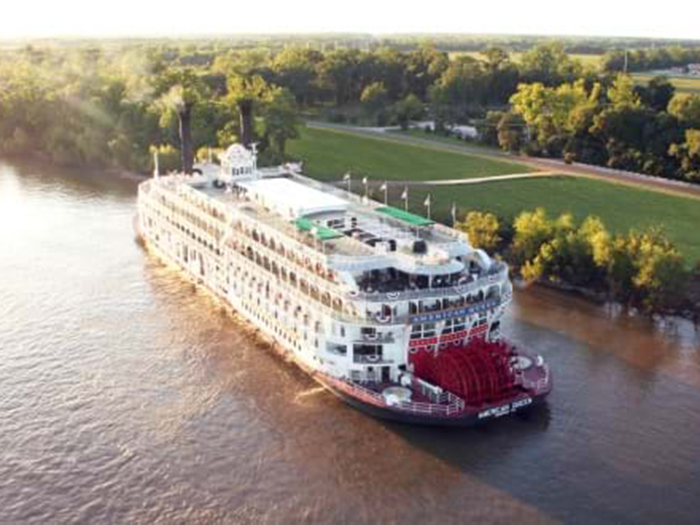 The impact of the coronavirus outbreak on cruising is not confined to a 30-day halt in CLIA members’ ocean cruises from U.S. ports.

American Queen Steamboat Company (AQSC) has announced that it will immediately suspend operations across all ships and will resume service on April 12. The decision was made following wide-spread governmental restrictions across ports, cities and public institutions.

It said that the decision to suspend service was a difficult choice but necessary in response to federal and state mandates.

“American Queen Steamboat Company, a leader in North American river cruises, has been monitoring and managing the COVID-19 situation for weeks,” shares John Waggoner, founder and CEO of American Queen Steamboat Company. “By pausing the operations of our ships, our goal is to reassure our guests, team members and partners of our commitment to the health, safety and well-being of all who sail with us.”

Sailings currently in progress will conclude as scheduled. AQSC is contacting all booked guests regarding their upcoming cruises and available options.

American Queen Steamboat Company (AQSC), a Hornblower company, is the operator of the U.S.-flagged American Queen, the largest riverboat in the world, offering departures from river port cities that include Memphis, New Orleans, Cincinnati, Louisville, Pittsburgh, St. Louis and Minneapolis. In April 2014, AQSC began serving the Pacific Northwest with the American Empress, and added the American Duchess to the Mississippi River in August 2017. In April 2020, the American Countess is scheduked begin cruising the Mississippi, Ohio and Tennessee rivers.