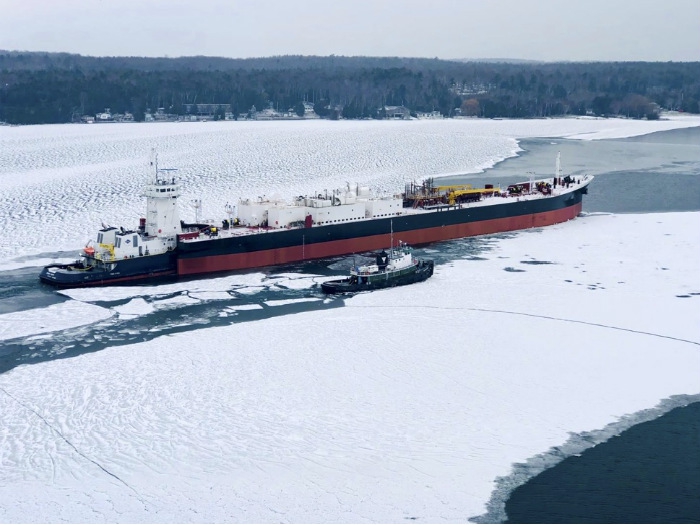 “We are pleased to deliver this new addition to the Kirby fleet,” said Todd Thayse, the shipyard’s Vice President and General Manager. “This beautiful vessel is a testament to the skills of the extraordinary American men and women who built this ship and who strive daily to deliver rugged and reliable ships that will stand the test of time,” he said.

The ATB unit includes the powerful ATB tug Ronnie Murph, which has an overall length of 130 feet, beam of 42 feet, depth of 23 feet and draft of 19 feet. The 8,000 hp tug has a service speed of more than a speed of 12 knots.

“We want to thank all the men and women at Fincantieri Bay Shipbuilding who helped deliver the ATB Ronnie Murph and Kirby 155-03,” said Kirby CEO David Grzebinski. “This is the third 155,000 barrel ATB it has built for Kirby in the past three years. This new Jones Act-compliant ATB unit will allow us to continue our commitment to provide efficient and reliable customer service.”

Fincantieri Bay Shipbuilding is one of three shipyards on the Great Lakes operated by Italy’s Fincantieri, one of the world’s largest shipyard groups with some 20,000 employees.