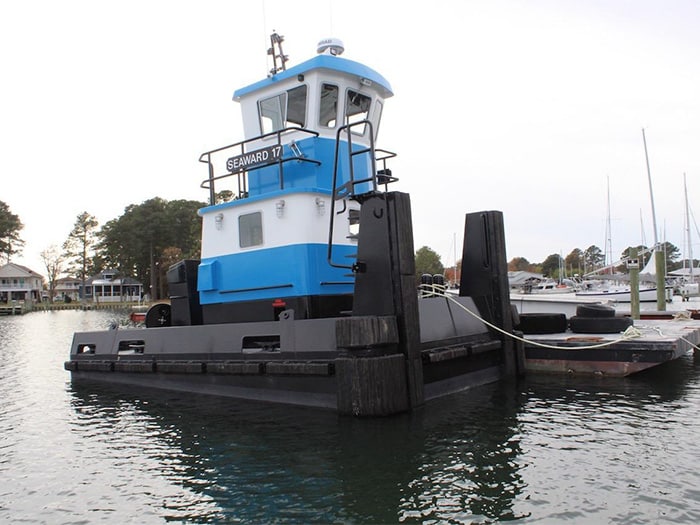 EBDG will incorporate an electrical propulsion system into Miller’s design. Once the design phase is complete, Miller Marine will build the vessel at its 15,000 square foot production facility, which utilizes modern CNC technology to facilitate efficient production of marine projects with hulls up to 80 feet in length. Marine access is provided by 300 feet of shoreline and a 240-foot steel pier..

The vessel has an overall length of just under 26 feet and will be powered by two permanent magnet motors with a total power of 300+ kW (400+ HP). Shore power will be used to recharge the vessel’s battery banks overnight, taking no more than eight hours. On a full charge, the vessel will operate with for up to 12+ hours.

A closed-loop fluid cooling system will provide temperature control of the batteries, motors and electronics, maximizing their lifetime. This configuration is well suited for shallow and silty water operations.