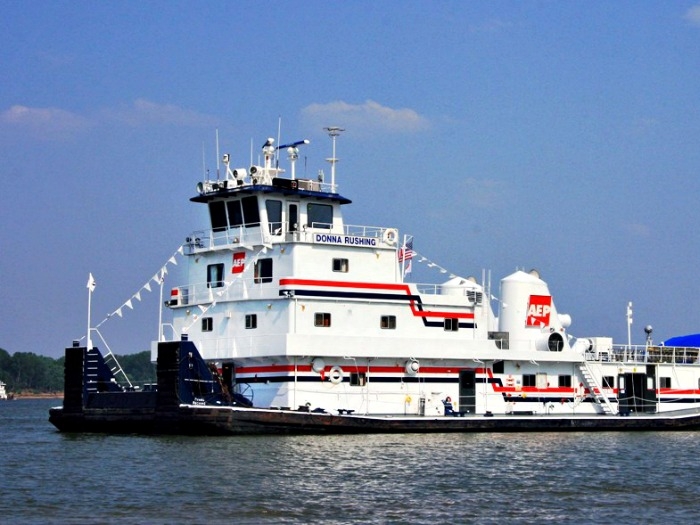 NOVEMBER 16, 2014—The U.S. Maritime Administration (MarAd) recently announced the award of a $450,000 grant to AEP River Operations, St. Louis, MO, to convert the 8,000 hp towboat Christopher M. Parsonage into a hybrid vessel. The aim of the conversion is to reduce the boat’s fuel consumption and harmful diesel emissions, such as NOx and SOx.

According to MarAd, the modification will provide the180 ft towboat, which operates along the lower Mississippi River, with a hybrid generator set attached to the main engine that will provide auxiliary power, which would normally be produced from the diesel generator.

AEP River Operations is no stranger to green initiatives. It is a member of the U.S. EPA’s SmartWay Transport Partnership, which aims to reduce the environmental impact of transportation-related operations.

Back in 2011, AEP River Operations worked with dozens of its vendors to modify the towboat Donna Rushing into an environmentally friendly vessel under a “Go Green” project. The project included the addition of everything from LED lighting to EPA Tier 3 compliant engines to burning biodiesel.

The operational results from the Christopher M. Parsonage pilot project will support further work related to vessel air emissions, energy conservation, and efficiency, says MarAd.  The study is expected to be completed by 2017.