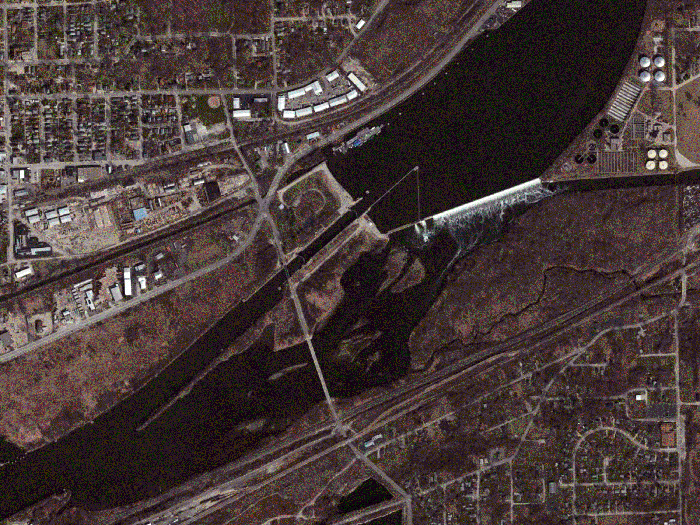 The Brandon Road Lock and Dam is a critical pinch point for keeping nvasive Asian carp species out of the Great Lakes. [Photo: USACE]

The governors of Illinois and Michigan have agreed to work jointly to protect the Great Lakes from invasive Asian carp species.

Michigan Gov. Gretchen Whitmer and Illinois Gov. JB Pritzker have announced an intergovernmental agreement between the Illinois Department of Natural Resources (IDNR) and the Michigan Department of Natural Resources (MDNR) that allows Illinois to use up to $8 million in funds appropriated in 2018 by the Michigan Legislature to support the pre-construction engineering and design (PED) phase of the Brandon Road Ecosystem Project.

Additionally, the state of Illinois also signed a separate PED agreement with the U.S. Army Corps of Engineers for the initial Brandon Road design. The state will serve as the non-federal sponsor, agreeing to help fund design of a portion of the project and to further advance full project design efforts to approximately 30% completion.

The Brandon Road Lock and Dam in the Chicago Area Waterway System near Joliet, Ill., is a critical pinch point for keeping bighead, silver and black carp—the invasive Asian carp species of greatest concern—out of the Great Lakes.

“Preventing invasive carp from entering the Great Lakes was a day one priority for my administration. We know it’s been a priority for a lot of others, but we needed to take action, and that’s what today’s action represents,” said Whitmer. “The Great Lakes support 1.3 million jobs, including over 350,000 jobs right here in Michigan. That’s why after decades of work, today Michigan, along with the state of Illinois and the U.S. Army Corps of Engineers, has taken a historic step towards protecting the Great Lakes from Asian carp. I am determined to continue to use every tool at my disposal to keep harmful invasive species from damaging the Great Lakes ecology and our economy.”

“The Great Lakes are a priceless natural resource that support the livelihoods of thousands of Illinoisans and attract visitors from across the globe. Protecting the lakes is a top priority for my administration, which is why I included funding for Asian Carp mitigation efforts in my bipartisan Rebuild Illinois capital plan,” said Pritzker. “I am pleased to announce this new partnership with the State of Michigan which, along with additional support from the federal government, will allow the construction of protective measures to begin at the Brandon Road Lock and Dam.”

The intergovernmental agreement, finalized on December 24, supports the State of Illinois’ role as the non-federal sponsor of the PED phase of this United States Army Corps of Engineers project and outlines a collaboration process allowing MDNR’s input in decision-making regarding the design work.

The PED, finalized by both the State of Illinois and the U.S. Army Corps of Engineers on December 29, stipulates that Illinois cover 35%, of the projected PED costs. With Michigan’s $8 million financial commitment through the intergovernmental agreement, IDNR will contribute the remaining $2.5 million to complete the project. The funding was made possible by Pritzker’s Rebuild Illinois bipartisan capital plan.

“Michigan and Illinois agree on the importance of keeping invasive carp out of the Great Lakes, and natural resources staff from both states have been working together to support the Army Corps’ actions to deter and remove invasive carp in the waterway,” said MDNR Director Dan Eichinger. “This agreement is the natural progression of our existing partnership as we take steps toward a more permanent solution to prevent this serious threat to the economy and ecology of the Great Lakes.”

“Long in planning, we’re pleased to finally put these agreements into action, allowing us to move the project to its next steps—planning and design—and, ultimately, construction,” said IDNR Director Colleen Callahan. “While the process is still in its early stages, we’re pleased to be a part of this partnership and look forward to sharing updates with other Great Lakes states and Canadian provinces throughout the design process.”

It is predicted that the arrival of live bighead, silver or black carp in the Great Lakes could have drastic effects on the region’s $7 billion fishery, $16 billion boating industry and other tourism-based industries, property owners, recreationalists and others dependent on the Great Lakes and its tributaries.

An electric dispersal barrier installed in the waterway near Romeoville, Illinois in 2002 to prevent invasive species from moving into and out of the Great Lakes has since been supplemented by two additional electric barriers in the same location. A fourth more powerful barrier at the Romeoville site is expected to be operational in 2021.

Once federal funding is secured through the U.S. Army Corps of Engineers Work Plan, the Corps anticipates a three to four-year timeframe for completing the initial Brandon Road design before negotiating a Project Partnership Agreement with the State of Illinois (supported by other Great Lakes states and provinces) for the initial construction effort and the remainder of project design to reduce the possibility of invasive carp migration into Lake Michigan.

As the Brandon Road project moves forward, current efforts will continue, including the electric barriers near Romeoville and expanded nonstructural measures, including focused commercial fishing, monitoring and prescribed netting to reduce the risk of spawning or of small fish movement through the existing lock and dam. 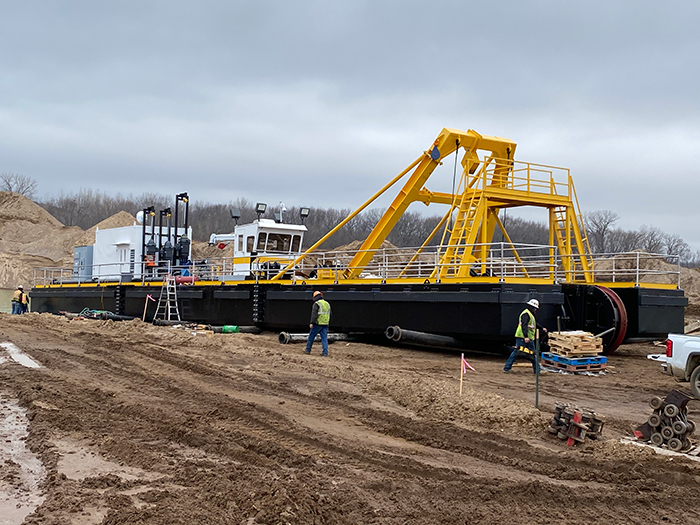 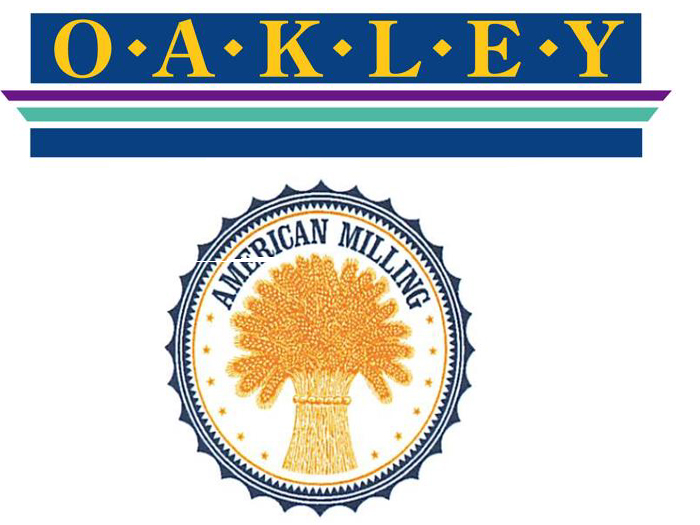 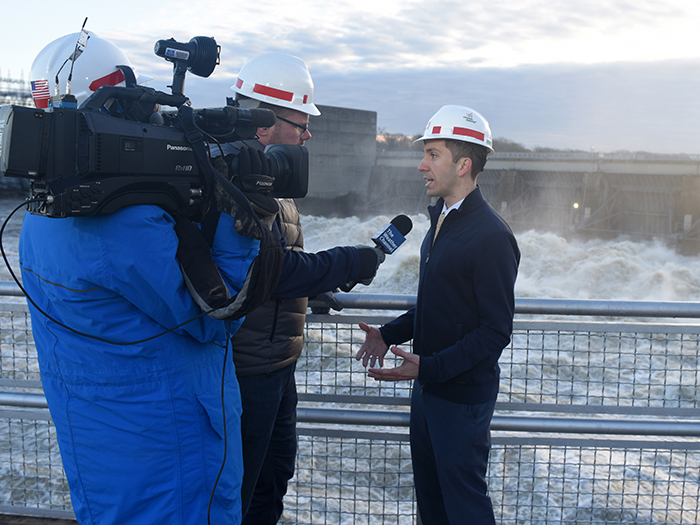