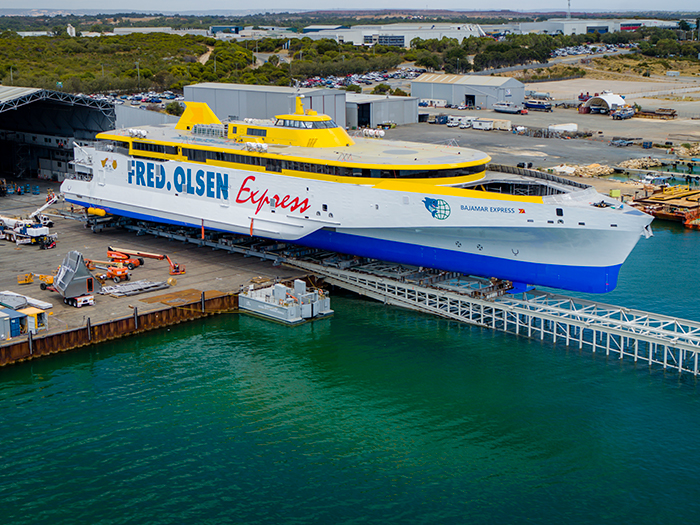 To be named Bajamar Express, the vessel is now in the final stages of fit out at the yard;

Bajamar Express (Hull 394) is a 118 meter aluminum trimaran, capable of transporting more than 1,100 passengers and 276 cars at speeds up to 38 knots. Along with her sister ship, Bañaderos Express (Hull 395) under construction at Austal Philippines, the ship features an optimized trimaran hull form and is fitted with Austal’s motion control technology to deliver a smoother ride and an enhanced on board experience for both customers and crew. 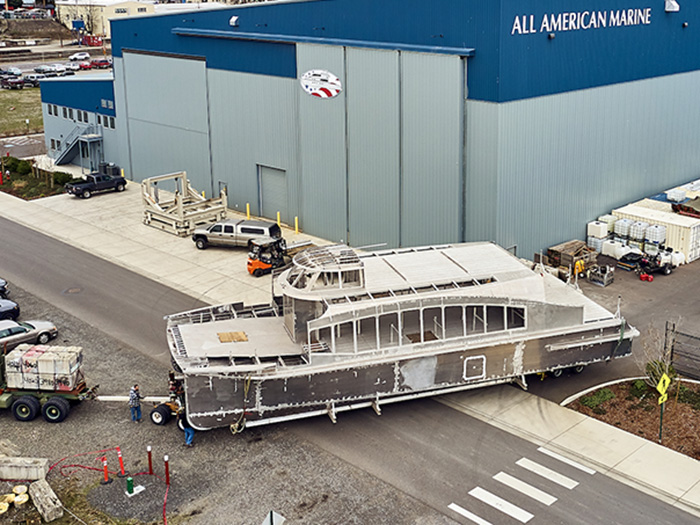 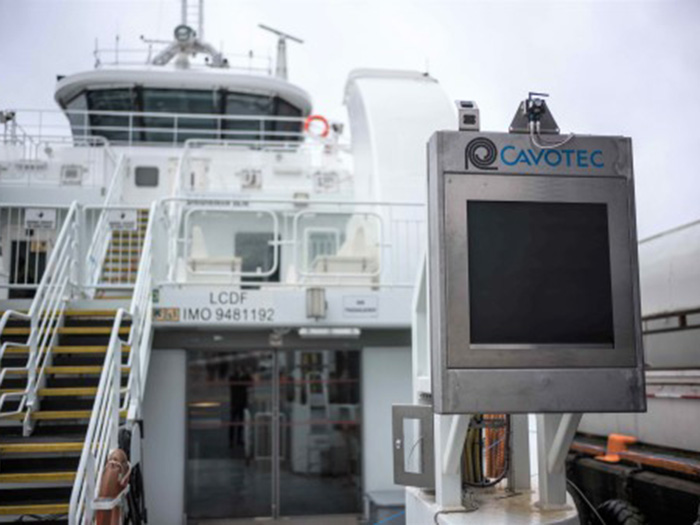 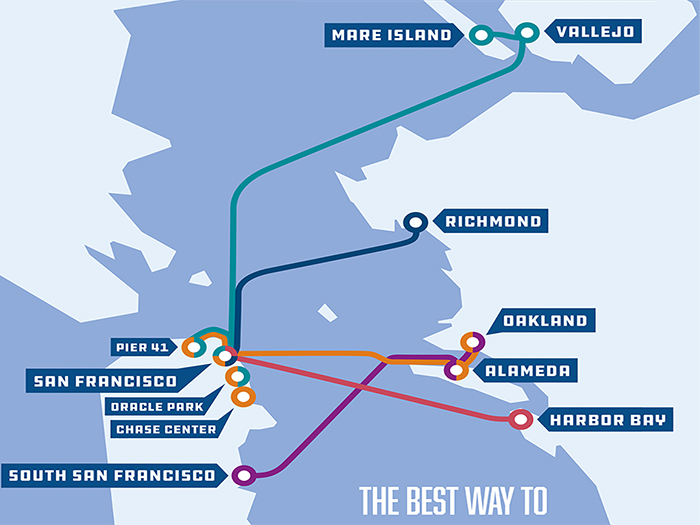 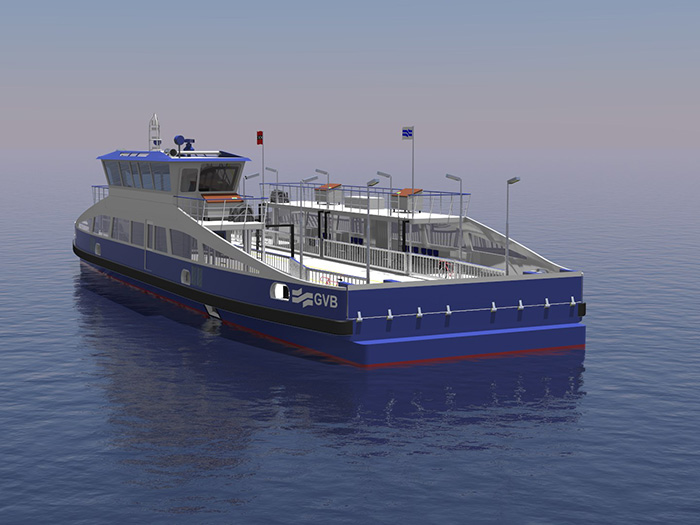 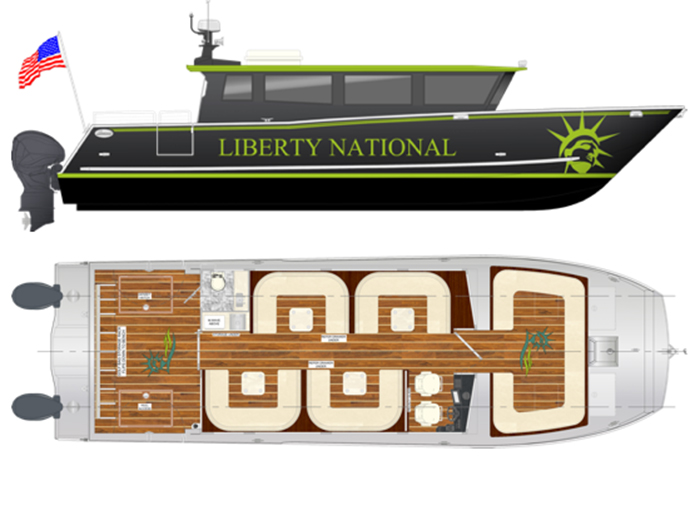