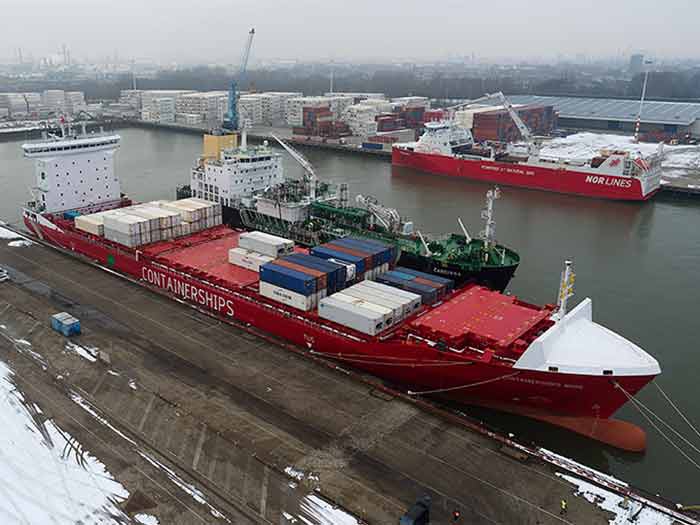 In this first LNG fueling, Containerships Nord received around 240 metric tons of LNG – an amount that can take her on a roundtrip from Rotterdam to St. Petersburg and back sailing through the Kiel canal twice.

Bunkering procedures are based on detailed hazard identification and safety assessments. All vessel crew have passed essential LNG bunkering specific training, and safety is a priority throughout the bunkering operation.

Tahir Faruqui, General Manager, Shell Global Downstream LNG, said: “We are proud to supply Containerships with a cleaner burning and viable fuel for the shipping industry. LNG bunkering is a very safe operation and we look forward to conducting simultaneous operations with Containerships in the future.”