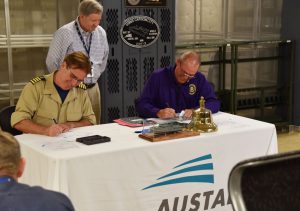 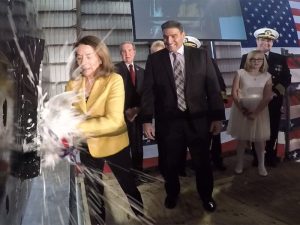 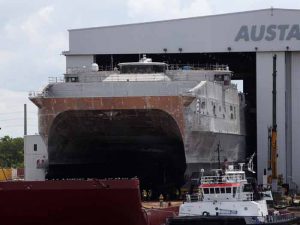 JHSV program gets new name and another $53.4 million

The new name for the series is part of a change in ship type designators that began back in January when Secretary of the Navy Ray Mabus announced that the next flight of “frigatized” Littoral Combat Ships would get the FF, or frigate, designator.

The EPF will provide high speed, shallow draft transportation capability to support the intra-theater maneuver of personnel, supplies and equipment for the Navy, Marine Corps, and Army.

Fiscal 2015 shipbuilding and conversion (Navy) funding in the amount of $26,739,198 is being obligated at time of award and will not expire at the end of the current fiscal year.

The contract was not competitively procured in accordance with U.S. Code 2304(c)(1) – only one responsible source and no other supplies or services will satisfy agency requirements.
The Naval Sea Systems Command, Washington, DC, is the contracting activity (N00024-16-C-2217). 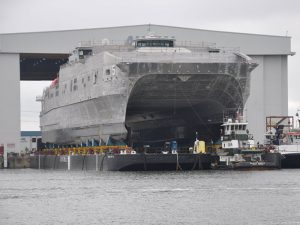 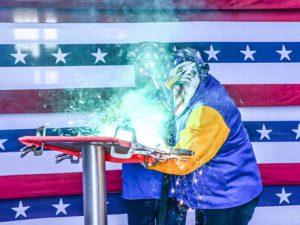 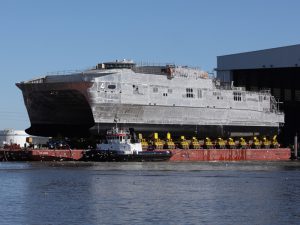