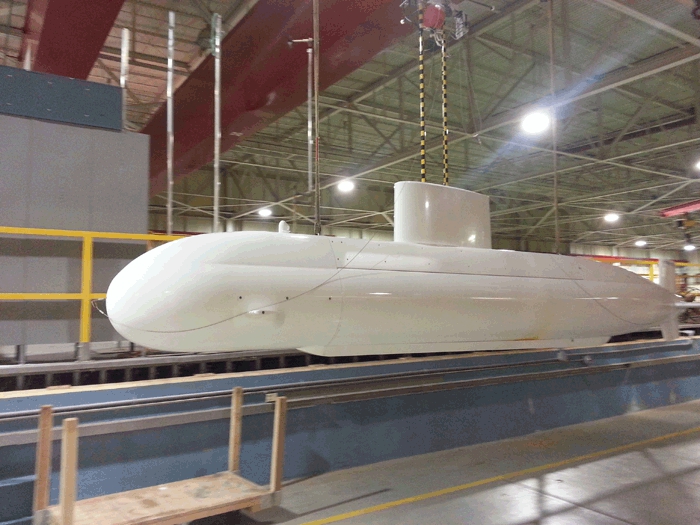 Navigation: Out with the old

When it came time to upgrade the autopilot system in four Victoria-Class long-range patrol submarines, Canada’s Department of National Defence (DND) assembled a consortium including three federal government departments—National Research Council of Canada (NRC), DND, and Defence Research and Development Canada (DRDC)—and L-3 MAPPS of Montreal, the contractor that is supplying the control and simulation solutions for the new system. The builds of HMCS Victoria, Windsor, Chicoutimi, and Corner Brook began in the mid-1980s, so the original autopilot system has become obsolescent. The submarines are transitioning from point-to-point wiring to modern digital data bus communications.

The system includes an operator console, computers, and electronic enclosures. The computers receive data on depth, course, speed, pitch, roll, and heading from transducers, calculate, and send values to the rudder and hydroplanes’ control surfaces. When engaged, the new autopilot system will automatically adjust and compensate for any disturbance that could affect the submarine’s set course through the water, advises DND, either on the surface or when submerged. The autopilot system is independent from the ballast control system.

Built in the UK for the Royal Navy, the diesel-electric-driven submarines were bought by the Canadian government in 1998, after the Royal Navy decided to convert to an all-nuclear fleet. The first vessel slated for conversion to the new autopilot system is HMCS Windsor. She measures 70.3 meters long by 7.6 meters across the beam, and has a maximum operational depth greater than 200 meters. Displacement is 2,220 tons surfaced and 2,439 tons submerged, and maximum submerged speed is 20 knots.

David Millan, Senior Research Council Officer at the National Research Council of Canada in St. John’s, Newfoundland, has worked on the autopilot replacement project since 2012. The first order of business was to help develop the specifications for the autopilot control system. Then, on behalf of DND, he and his team evaluated three proposals for providing the simulation and control solutions. L-3 MAPPS was awarded the contract. Millan was aboard HMCS Victoria for 10 days off Halifax to collect full-scale baseline data on the existing autopilot system. When the new system is installed, the baseline data will be used to gauge its performance. Next, DRDC provided a numerical model which Millan and his team modernized, added an external interface, and used to provide an independent evaluation of L-3 MAPPS’ autopilot algorithm software. They then simulated the interaction between the numerical submarine and the numerical autopilot to commands such as “Do a turning circle”, “Hold a straight line”, and “Change depth”, and observed the movements of the simulated submarine. There were criteria for each maneuver such as accuracy in meeting the set point and course keeping. They also combined maneuvers, such as both changing depth and turning. They recommended improvements, which were quickly addressed by L-3 MAPPS. Millan notes that the new autopilot system has “a very snazzy interface” which emulates the old one, even though the technology has changed from push buttons to touch screens.

NRC’s tow tank which is 200 meters long by 12 meters wide by 7 meters deep—the largest in Canada—is used to test ships, marine components, assemblies, and software in varying current, wave, wind, and water conditions. Millan and his fabrication team spent five months building a model submarine for testing. It is 4.5 meters long by 6 meters, 1.1 meter from keel to top of sail, and weighs 670 kilograms. The model is comprised of: the nose assembly, containing the forward hydroplane system; the mid-body assembly, an aluminum pressure housing for the control and communication systems, support electronics, batteries, and sensors; the aft water-tight housing for the propulsion, rudder and aft hydroplane systems; the sail section for antennas and positioning systems; and a ballasted keel.

Dr. Jim Millan, NRC Director of Research and Development, explains that according to Froude scaling laws, the 1-to-15-scale model submarine they built measures 1/15th of the real submarine in each dimension. The model’s weight and propulsion power are 1/3375th of the actual submarine; the speed is one-quarter of the actual vessel, and events in model-scale time happen four times faster than at full scale (e.g., it can turn around in ¼ of the time). The model’s maximum submerged speed is 2.6 meters per second, and maximum power is 11 kilowatts.

In 2014, one week was spent in initial testing and commissioning, and a second week was spent conducting 14 operational tank tests in calm water, and also with seas coming from the bow and stern, with various wave heights, and with three different boat speeds. The tests included surfacing, diving, maintaining depth, and snorkel depth in various wave fields. The data from the physical model was used to improve the numerical model, which will be used in submariner training and also to generate data to assist operators.

Dr. Francois Belanger, Project Engineer for L-3 MAPPS, and DND project manager Hans Pall were involved in the model testing. The model submarine was operated wirelessly. The autopilot algorithm running on a PC on the shore controlled the hydroplanes on the model submarine. “For a PhD, Dr. Belanger is an immensely practical fellow,” observes David Millan. “He was able to change the autopilot on the fly to reflect the analysis of each run. I haven’t seen that done before: improving the algorithm while running the model.” He added that the DND project manager saw the model testing as an opportunity to advance the autopilot’s capabilities as much as possible before testing at full scale. Model testing also enabled them to acquire data on boat maneuverability and hydrodynamic characterization, information that was not transferred to DND when the submarines were acquired.

The old autopilot system’s use was captain-dependent, notes David Millan. The autopilot controlled the hydroplanes, but operational preferences determined whether or not the captain adjusted them manually. “Submarines around a certain speed, enter a transition zone going from maintaining depth in one mode to another mode,” explains Millan. “As you go faster, the hydroplanes move in opposite directions” (compared to moving in the same direction when moving slower), which is why the helmsman may choose to manually take control. The intelligent algorithm in the new autopilot system allows for adaptability, depending on the speed and performance of the vessel. It should be able to feel the boat and how it’s performing—to the extent that a machine can—says Millan, and change control modes as required. “It’s hard to do that with the old-fashioned hard-wired system,” he adds. “I hope it will be used in all of the cases where it’s operationally applicable. It will reduce the load on the helmsman.”

Reflecting on the importance of ensuring the numerical model is accurate, Dr. Jim Millan says, “That data potentially becomes a life and death decision-making tool. Knowing the capabilities of your submarine and being informed of its maneuverability and ability to escape or avoid harm, that’s what it’s all about. That’s what we do for the Navy. It’s safety and performance.”