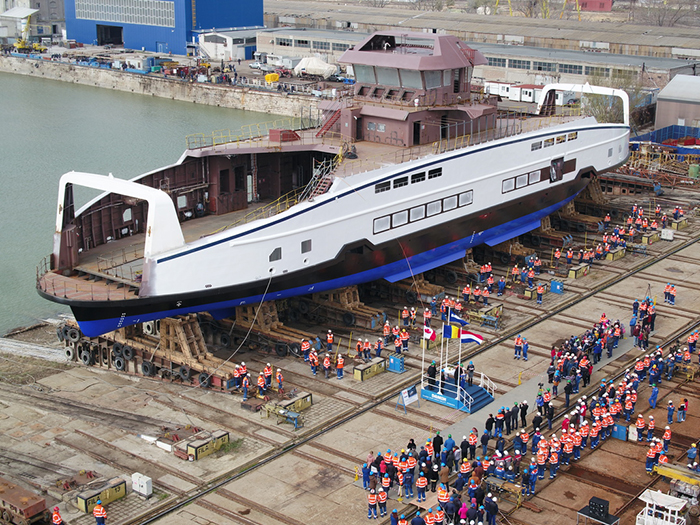 Damen’s Galati, Romania, shipyard has launched two 81 m road ferries for Canada’s BC Ferries. They are currently being fitted out and are set to enter service next year. Once operational they 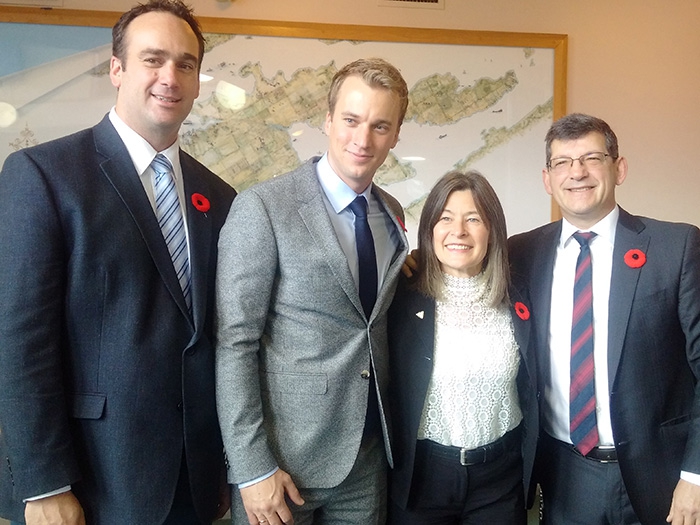 NOVEMBER 6, 2017 —The Government of Ontario and Damen Shipyards Group have signed a contract for the design, build and delivery for two ferries to operate in the Canadian waters of the 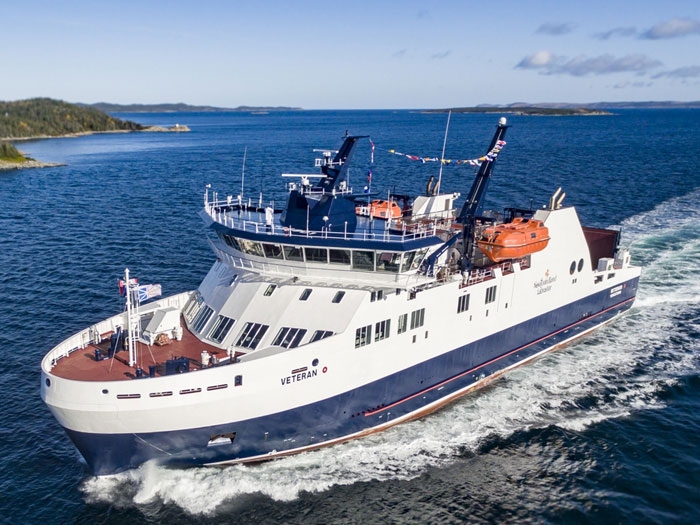 Launched at the end of March by Damen Shipyards Galati in Romania the vessel will start services from Fogo Island and Change Islands before the end of November.

MV Veteran was delivered by the shipbuilder on time and within budget.MV Veteran is the first of a two-vessel contract. Its design results from a partnership between Fleetway of Canada and Denmark’s Knud E. Hansen.

Several Canadian companies have provided services, rangingrom electrical equipment to fire-fighting systems, for the MV Veteran and its sister ship, the MV Legionnaire, which is scheduled for delivery from Galati in the spring of 2016 and will operate on the busy short-haul route from Portugal Cove to Bell Island.

Both vessels are part of a large “lifeline” vessel replacement program being undertaken by the Provincial Government to modernize its fleet, which annually transports over 900,000 passengers, 400,000 vehicles and 20,000 tonnes of freight with more than 50,000 arrivals and departures.

As the region in which they operate is located near the Arctic, the vessels have to maneuver in drifting ice.

According to Damen Manager North America Jan van Hogerwou, the two new ferries can handle the impact of 40 cm-thick floating ice at 4 knots.

“Their rudders, hull and propellers have been strengthened and are outfitted with extra plate thickness for heavy winter conditions,” he says.

Damen Ferries Product Director Henk Grunstra says: “The highest certificate available for ferries is the Ice Class 1A Super certificate. These diesel-electric propelled vessels also have redundant systems. The bridge is ergonomically designed and has optimal working space for efficient and safe operation. The modern, low maintenance interior was designed by an internationally recognized designer. The shift crew lives on board the ship in 15 single crew cabins.”

A Canadian service and support hub for these vessels is being established. A certified Damen maintenance center will be located in the capital of the Newfoundland and Labrador region, St. John’s. An agreement with a local Newfoundland-based company is in place and its employees are currently being trained at Damen Shipyards Galati.