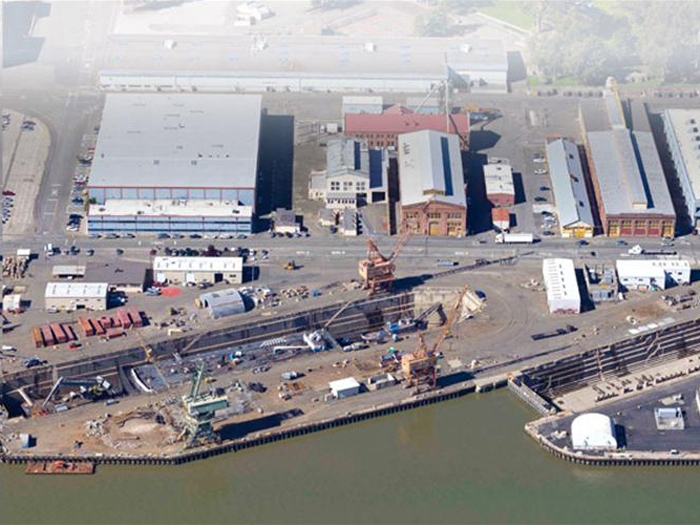 Mare Island Dry Docks LLC operates on an 18 acre located on the site of the former Mare Island Naval Shipyard, Vallejo, CA, that includes the yard’s Dry Dock #2 and Dry Dock #3. The largest of the two has a length of 700 feet.

The new operator has financial backing from Philadelphia based investment partnership Dimeling, Schreiber & Park, whose other investments include Boston Ship Repair.

“This is a great day for Mare Island, Vallejo and Solano County,” said Rep. Thompson. “The Polar Star contract will bring much needed jobs and revenue to our community, and it represents an important step forward in the economic revitalization of Mare Island.”

“I want to thank Congressman Mike Thompson for his commitment to Mare Island and to everyone involved in helping secure this contract for Mare Island. I can’t wait to see the ‘Now Hiring’ signs,” said Coast Guard Subcommittee Ranking Member Congressman John Garamendi (D-Fairfield, CA). “As the polar ice cap in the Arctic continues to recede further opening the region to global shipping traffic and other economic development, the Polar Star will be a key Coast Guard asset protecting American interests and ensuring safe and reliable maritime commerce.”