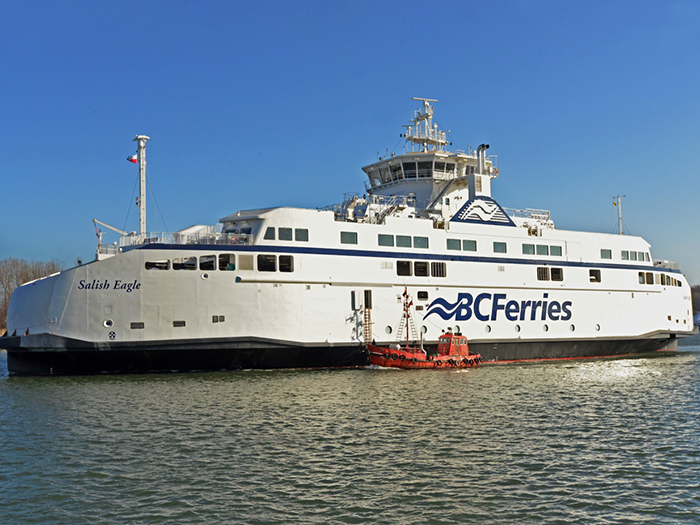 One of the world’s largest ferry operators—Canada’s BC Ferries—last week released its results for the fiscal year ended March 31, 2022.

The good news: traffic, revenue, net earnings and expenditures were all up. The not so good (and not so surprising) news is that financial results have still been lagging behind pre-pandemic levels.

During the year, BC Ferries carried 17.9 million passengers and 8.5 million vehicles, an increase of 37% and 26% per cent, respectively, compared to the prior year. While these increases are significant, passenger and vehicle traffic were 20% and 5% lower respectively compared to the same period in fiscal 2019, a pre-COVID-19 year.

“As we emerge from the pandemic, we are grateful to our employees for their commitment to put safety first, operate in the public interest, and ensure reliable ferry travel,” said Mark Collins, BC Ferries’ president and CEO. “We are excited to see people traveling with us again and are adding staff to meet the increase in demand for our service.”

In the year ended March 31, 2022, BC Ferries experienced a net loss of CAD 68.2 million (about US$53 million) prior to recognizing Safe Restart Funding. After recognizing CAD 102.3 million of this federal-provincial funding, net earnings were CAD 34.1 million, an increase of CAD 13.1 million compared to the previous year, which included CAD 186.0 million in Safe Restart Funding.

Revenue in the fiscal year was CAD 965.4 million, (about US$750 million) an increase of CAD 100.1 million or 12% compared to the prior year, primarily as a result of higher traffic volumes and net retail sales, partially offset by lower Safe Restart Funding.

Operating expenses in fiscal 2022 were CAD 868.0 million (about US$675 million), an increase CAD $88.2 million or 11% compared to the prior year. This increase is mainly due to increases in the number of sailings provided, staff required to provide more service, fuel and maintenance expenses.

Despite the pandemic, BC Ferries continued to make significant investments in new vessels, vessel upgrades, terminal infrastructures and information technology. Capital expenditures for fiscal 2022 totaled CAD 171.3 million (about US$133 million), up from CAD 122.0 million in the prior year.

BC Ferries is continuing to modernize its fleet and reduce its carbon footprint with the introduction of new ships. During fiscal 2022, four more battery-electric hybrid Island Class vessels and one more liquefied natural gas-fueled Salish Class vessel were delivered to BC Ferries.