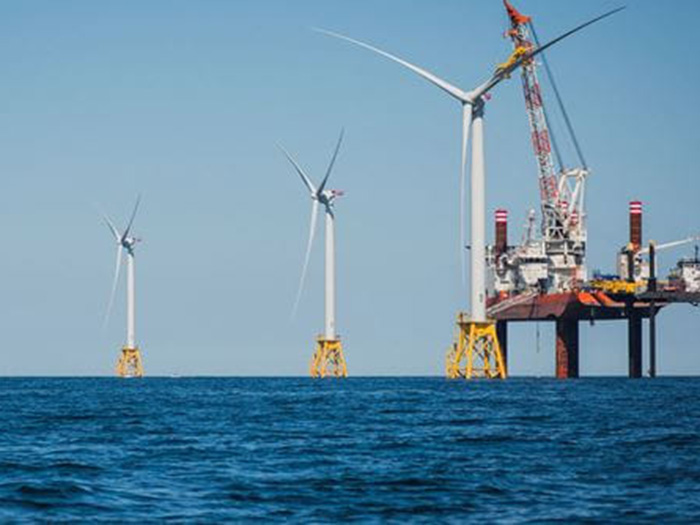 The South Fork Wind Farm, comprised of 15 turbines located 35 miles off the coast of Montauk, N.Y., is being developed by a 50/50 partnership between between Ørsted and Eversource and would be the first offshore wind farm for the state. It s expected to begin operations in 2023.

Earlier this year, the Bureau of Ocean Energy Management released the project’s Draft Environmental Impact Statement for public comment. Today’s decision specifically addresses the project’s export cable, which will make landfall at Beach Lane in Wainscott and will ultimately interconnect to the onshore grid at the Cove Hollow Road substation in East Hampton.

This is a critical step in authorizing construction and operation of the wind project.

“South Fork Wind continues to move full-speed ahead, now reaching a major milestone with the approval of a key state permit needed to build this historic, first New York offshore wind farm,” said Ørsted. “The New York Public Service Commission’s approval affirms that South Fork Wind can be built with minimal impact to the environment and the community, while at the same time helping the Town of East Hampton and New York State reach their clean-energy goals.

“We thank the PSC and its staff for its diligent review over a more than two-year period that included extensive analysis from experts across multiple state agencies and considerable input from the East Hampton community. We expect South Fork Wind to be fully permitted by January 2022, with construction activities ramping up soon thereafter and the wind farm in-operations by the end of 2023.”

“This is great news for the U.S. offshore wind industry,” said Ross Gould, ice president for supply chain development at the Business Network for Offshore Wind. “Following last week’s Vineyard Wind decision, it is another stamp of approval that shows states are demanding and working toward solutions, like offshore wind energy, for a green energy alternative. Today’s unanimous vote also shows that the U.S. is moving ahead with offshore wind projects that will unlock hundreds of millions of dollars of economic opportunities for New York businesses and thousands of well-paying jobs.”