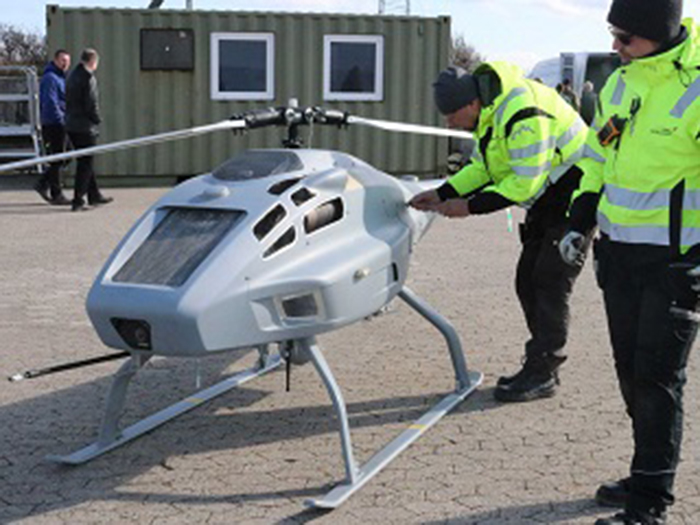 Drone is being provided by EMSA

A large drone has started to check emissions from ships in Danish waters to make sure they comply with the sulfur limit.

The drone is being provided by the European Maritime Safety Agency and is fitted with a so-called “sniffer” capable of measuring sulfur emissions.

Entering the ship’s exhaust gas plume, the drone can register the amount of sulfur in the fuel. The readings are immediately available to Danish authorities, who can follow up if a ship does not comply with the requirements.

The Danish Maritime Authority says the project will contribute to a more efficient enforcement of the sulfur rules, ensuring fair competition for shipping companies and less pollution from ships.

In Denmark, the Danish Environmental Protection Agency is responsible for enforcing the sulfur rules while the Danish Maritime Authority supports this work through ship inspections in Danish ports and now also with drone monitoring.

The drone will operate in an area north of The Great Belt, where many large tankers pass when going to and from the Baltic Sea. Yesterday, April 11, the drone performed its first sulfur mission in the area.