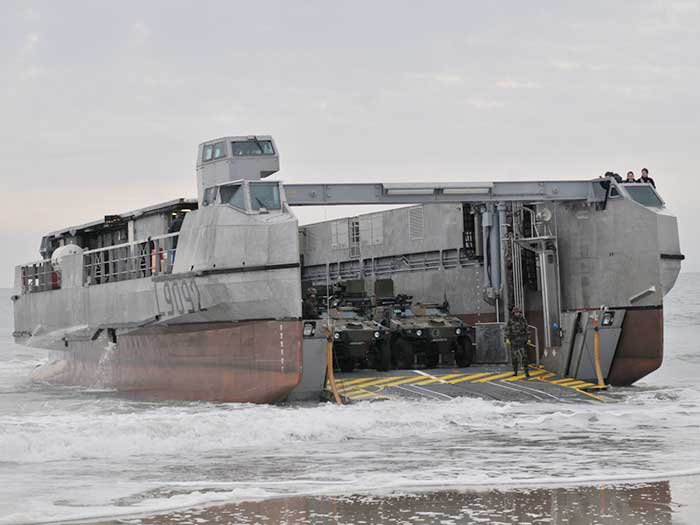 FEBRUARY 7, 2017— Fincantieri Marine Group has submitted its proposal for the next generation of the U.S. Army landing craft, the Maneuver Support Vessel – Light (MSV-L).

The CNIM L-CAT is the reference vessel for the Fincantieri team’s proposal.

Mr. Valente stressed the advantages of choosing a reference design based on seven L-CAT vessels, in service for more than five years, conducting global combat force missions for the French Navy. “We used a host of real-world maintenance and operational data to further develop the design into a flexible and reliable solution fit for the U.S. Army needs of today and tomorrow,” he said.