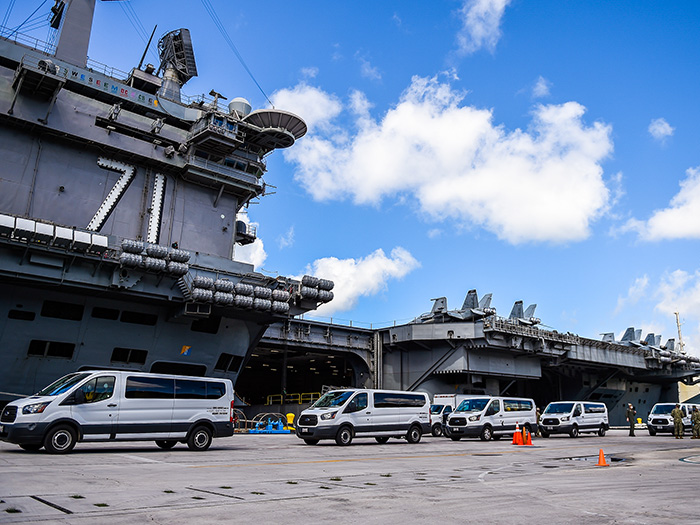 A sailor assigned to the USS Theodore Roosevelt (CVN 71) who was admitted to the Intensive Care Unit (ICU) of the U.S. Naval Hospital Guam on April 9 (local date) died of coronavirus-related complications April 13.

The name of the sailor is being withheld until 24 hours after next-of-kin notification.

The sailor, tested positive for COVID-19 March 30, was removed from the ship and placed in an isolation house on Naval Base Guam with four other USS Theodore Roosevelt (CVN 71) sailors. Like other sailors in isolation, he received medical checks twice daily from Navy medical teams.

At approximately 8:30 a.m., Apr. 9 (local date), the sailor was found unresponsive during a daily medical check. While Naval Base Guam emergency responders were notified, CPR was administered by fellow sailors and onsite medical team in the house. The sailor was transferred to U.S. Naval Hospital Guam and was moved to the Intensive Care Unit (ICU). The sailor was declared deceased April 13.

As of yesterday, 92% of the USS Theodore Roosevelt crewmembers had been tested for COVID-19, with 585 positive and 3,724 negative results. 3,967 sailors had been moved ashore.

The coronavirus outbreak aboard the carrier made the headlines when a letter written by its commander, Captain Brett Crozier, to senior Navy officials asking for assistance in dealing with the situation got leaked to the San Francisco Chronicle on March 31, the day after it was sent. That, in turn lent to Crozier being relieved of command with a video clip going viral that showed him by clapped and cheered by sailors as he left the ship. Acting Secretary of the Navy Thomas B. Modly then flew to Guam and addressed the crew on the subject of Crozier’s dismissal in less than guarded terms. Though he apologized for some of his remarks later, the media furor continued and, on April 7, Modly resigned (see story).