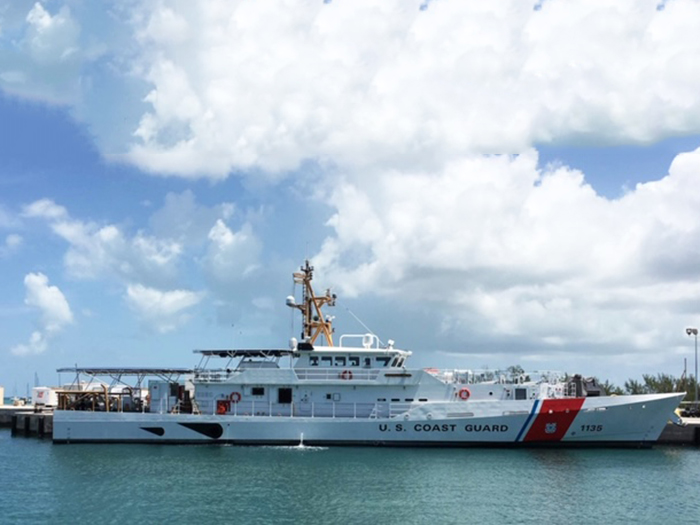 The 154-foot Sentinel-class Fast Response Cutter has a flank speed of 28 knots, state of the art command, control, communications and computer technology, and a stern launch system for the vessel’s 26-foot cutter boat.

Each FRC is named for an enlisted Coast Guard hero who distinguished him or herself in the line of duty. This vessel is named after Coast Guard Hero Angela McShan. MCPO McShan was a pioneer for women and African Americans. She was the first African American woman to be promoted to Master Chief Petty Officer. She served over two decades with great devotion and is remembered as an exemplary leader and professional. She inspired the many she trained, and has been described as a positive, kind and motivational person. MCPO McShan was a stellar performer, mentor teacher, and inspirational leader. The Master Chief Angela M. McShan Inspirational Leadership Award was established in her memory.