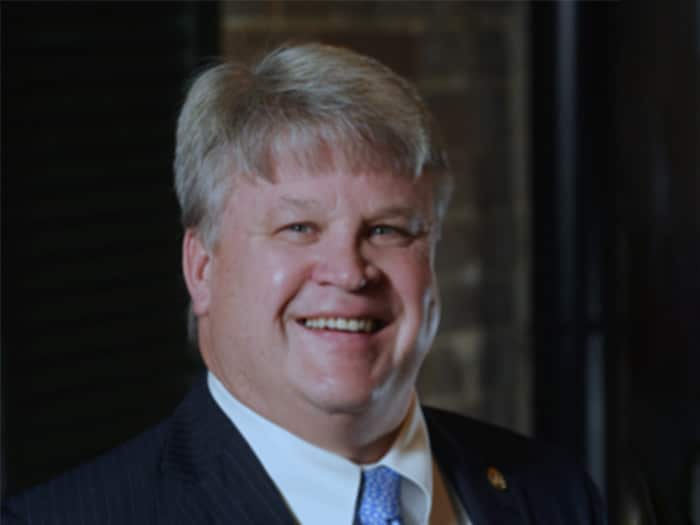 The Bertel Award was established in 1967 and is presented each year to an individual who has made significant contributions to the Louisiana port and maritime community. Duffy will be presented with the award at the annual C. Alvin Bertel Award Ceremony and Luncheon on June 24, 2022, 11.00 am – 2.00 pm in the Plimsoll Ballroom, at the Four Seasons Hotel.

“I am honored to accept the prestigious Bertel Award from the World Trade Center, and I genuinely feel the sheer weight of this recognition. I have a long admiration and historic connection to the Bertel Award that adds a layer of personal pride,” said Duffy. “However, individual successes have been achieved with the support of an amazing team of colleagues, friends and stakeholders who also make their unique livelihoods along the Mighty River. I humbly accept this Award on behalf of that team (Team Mississippi River), with specific thanks to the members of the Big River Coalition and the Louisiana Maritime Association for their unwavering support.”

As executive director of Big River Coalition, Duffy, is a well-known leader in the maritime industry, regionally and nationally. He has provided written and oral testimony to federal and state congressional committees, and the President’s Oil Spill Commission to advocate for channel maintenance of the Mississippi River and Tributaries.

Duffy has been recognized for his efforts to deepen the Mississippi River Ship Channel to 50 feet providing deep-draft access to the ports of New Orleans, Plaquemines, and South Louisiana, and promoting coastal restoration through the beneficial use of dredge material.

“As a fellow advocate of dredging and maximizing the Mississippi’s River’s capacity for the future of Louisiana and international trade, I could not be more pleased with the selection of Sean Duffy as the recipient of the 2022 Bertel Award,” said Paul Aucoin, president and chairman, World Trade Center New Orleans. “We are proud of Sean and his achievements, and are looking forward to celebrating him at the Plimsoll Ballroom in June. Thank you, Sean for all that you have done for our state and for international trade.”

“Sean’s leadership at the Big River Coalition is critical to Louisiana. U.S. Economic estimates indicate that maritime commerce across the Mississippi River and its tributaries has an annual impact of over $735 billion on the U.S. Economy and is responsible for 2.4 million jobs,” said Ed Webb, CEO of the World Trade Center New Orleans. “Louisiana and its leadership is working hard to grow its recognition an international and domestic port of choice. I believe that there is no one more experienced or more passionate than Sean to lead this effort.”