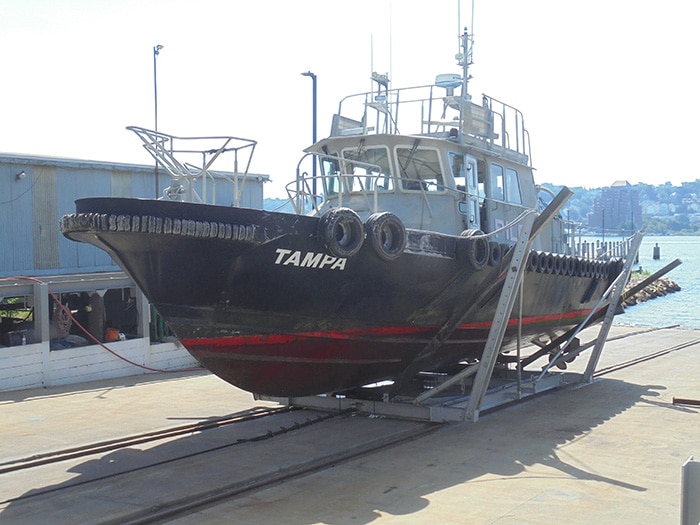 After 19 years of hard work, Tampa (seen here prior to refit) is to get new engines and other upgrades

A Chesapeake class pilot boat built by Gladding-Hearn Shipbuilding for the Tampa Bay Pilots Association in 2003 is coming back to the Somerset, Mass., shipyard for a major overhaul that includes a repowering.

“After 19 years of hard work, the vessel is showing some wear and tear but she still has a lot of life left so she’s definitely worth re-investing in,” said Peter Duclos, Gladding-Hearn’s co-president and director of sales.

After modifying the engine beds, hull frames, exhaust systems, cooling and fuel system piping to accommodate the new engines, the shipyard will replace the twin 600 bhp Caterpillar 3406E engines with a pair of Caterpillar C18, EPA Tier 3-compliant diesel engines, each delivering 670 bhp at 2100 rpm and giving the boat a top speed of over 25 knots.

Other upgrades will include new Norsap 1500 pilot seats, new windows, three new doors to the pilothouse and four new hatch covers. The boat’s bottom, topsides and pilothouse will be stripped to bare metal and receive a fresh coating system.