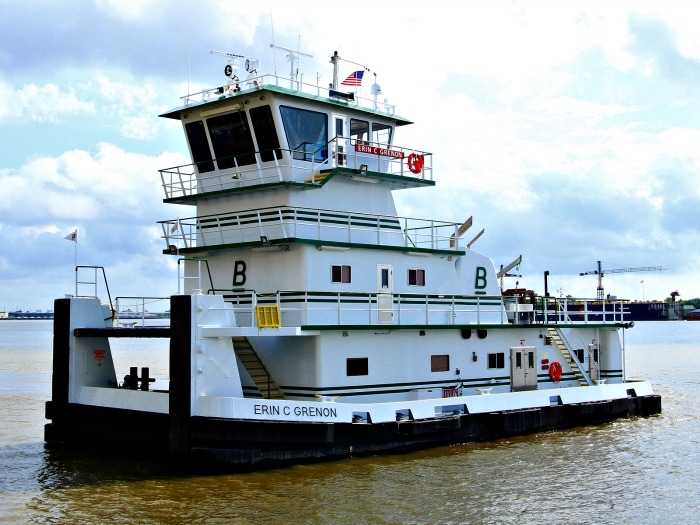 Primarily a “Unit Tow” company, Hanrahan, Louisiana-based operator over the last decade has added a large number of new Cummins-powered pushboats to its inland fleet. The vessels are sized to share a common versatility with the draft and horsepower to work both the shallower waters of the Intracoastal Waterway and the big flows of the Mississippi River.

Both sets of vessels are fitted with a pair of the popular Cummins K38M main engines. Each of the 76-ft pushboats have a pair of 850-hp engines, while the larger boats have two 1,000 hp engines.

This May saw the addition of the Erin C. Grenon, a 1,700-hp pushboat built by  Raymond & Associates, Bayou LaBatre, AL. Built as Hull #479 by the shipyard, the Erin C. Grenon has two 850-HP Cummins K38M engines that turn up to 1,800 rev/min to Reintjes WAF474 marine gears with 7.09:1 reduction. The boat is also fitted with a pair of Cummins QSB7DM-powered 85 kW generators sets.